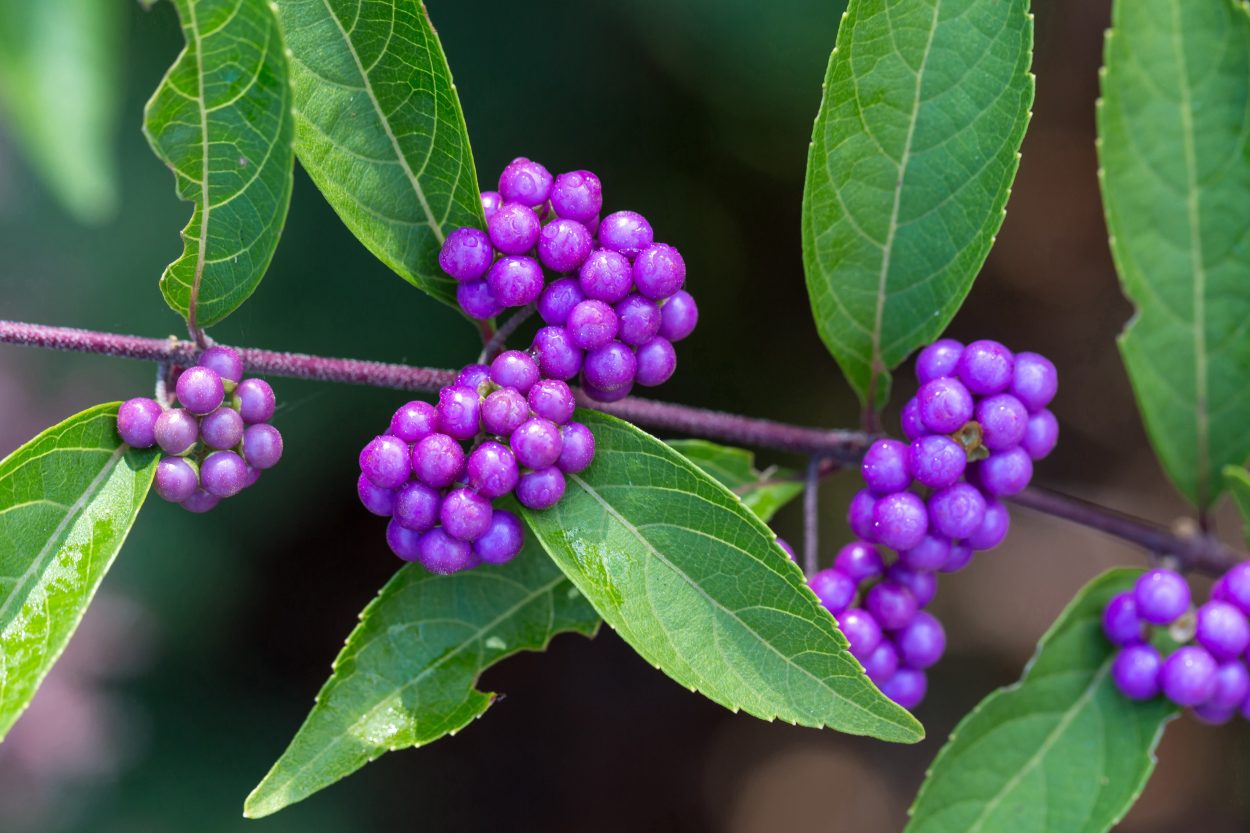 The spectacular hues of beautyberry (Callicarpa) berries add a wow factor to the winter garden. Photo by Tom Hennessy

Berries boast a full range of hues this time of year, proving Nature’s color obsession isn’t limited to spring blooms, summer sunsets and autumn leaves. During winter, she brightens landscapes through berries, which are color-packed fruits of some ground covers, shrubs and trees. Though typically tiny, they don’t disappoint. Some boast firecracker reds, blistering oranges and bodacious purples. Others balance the color spectrum with subtler hues, such as muted blues, mellow yellows and translucent whites.

So why settle for a monochromatic winter? The following examples have potential to color your wintry world in berry beautiful ways.

Beautyberry (Callicarpa): Worthy of its name, the beautyberry produces magnificent magenta and amethyst berries that encircle slender gray branches. Not only is beautyberry a native shrub; it’s resistant to many diseases and pests. However, deer are known to browse its leaves and stems.

Crabapple (Malus): The crabapple’s miniature fruits range the color spectrum, from dark reds to luminous yellows, depending on the cultivar. Taste varies with color, so some of the fruits attract birds, while others don’t. A popular ornamental with four-season interest, the crabapple tree is described as a “jewel in the landscape.”

Guelder rose (Viburnum opulus): Flowers of the snowball bush, as it’s commonly called, become berries that droop in clusters. Initially the fruits are two-toned: yellow on one side and red on the opposite. As the season progresses, they fully transform to translucent red. They often remain on the plant for an extended time, adding vibrant color through late winter.

Heavenly bamboo (Nandina domestica): Heavenly bamboo’s prodigious red fruits provide color in landscapes and in cuttings for holiday decor. However, its pesky underground runners can be invasive, so be careful where you plant it. 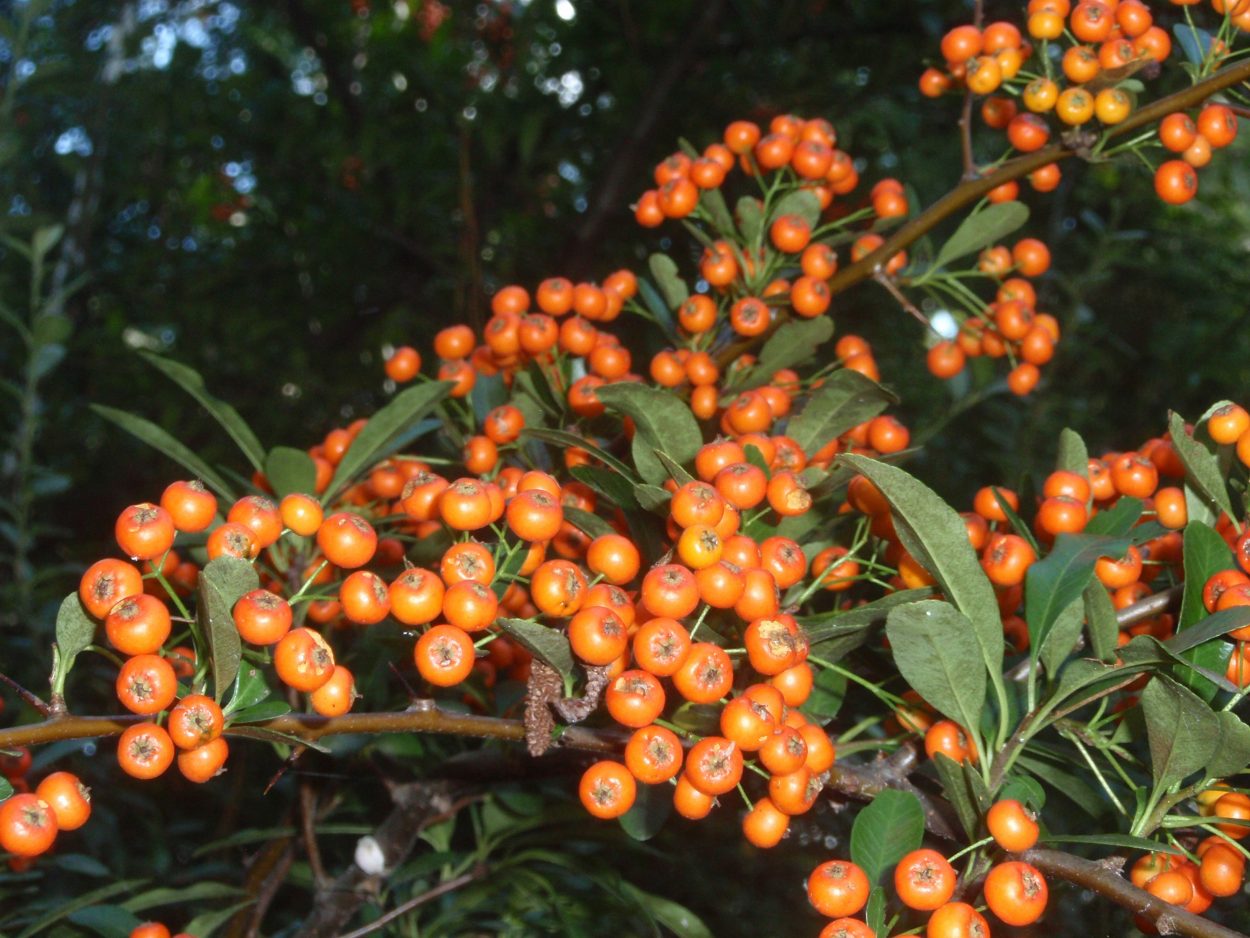 Winterberry holly (Ilex verticillata): This hardy native shrub prefers damp soils, so it’s ideally planted along streams, low areas and rain gardens. Its waxy, golden or lipstick-red berries are appreciated by homeowners, as well as birds and wildlife. Since winterberry is a dioecious holly with distinct sexes, be sure to locate a male plant near a female plant. Flowers of the male provide pollen, while flowers of the female produce berries.

Winter King hawthorn (Crataegus viridis ‘Winter King’): Peeling, silvery bark and vivid scarlet berries make this ornamental tree a true king of the winter landscape. Dangling clusters offer a feast for our eyes, as well as a nourishing feast for birds and wildlife.

A berry, in technical terms, is a pulpy, few- or many-seeded fruit that doesn’t open at maturity and develops from a compound pistil, such as a tomato or grape.

Though the fruits of many shrubs and trees are casually called berries, they are botanically classified as drupes or pomes.

A drupe is a fleshy fruit containing one or more seeds that is surrounded by a hard protective layer, such as a cherry or plum. A pome has a sweet, fleshy outer layer, such as apple or pear.

Usually a plant must be established before it produces berries, so be patient with new plantings.

Flowers become berries, so abundant flowering can be a sign that a heavy berry crop will follow.

Mistletoe, known for its pearly white berries, is a vascular plant that’s parasitic. It grows on trees, such as oaks, and extracts water and nutrients from its host.

This article first published in  The Richmond Times-Dispatch, November 2017.

Wildlife needs food, shelter, and water year-round. It is fairly easy to add these elements to your garden to support wildlife and attract them to your winter garden.

Here are our top 10 tips for gardening in winter.