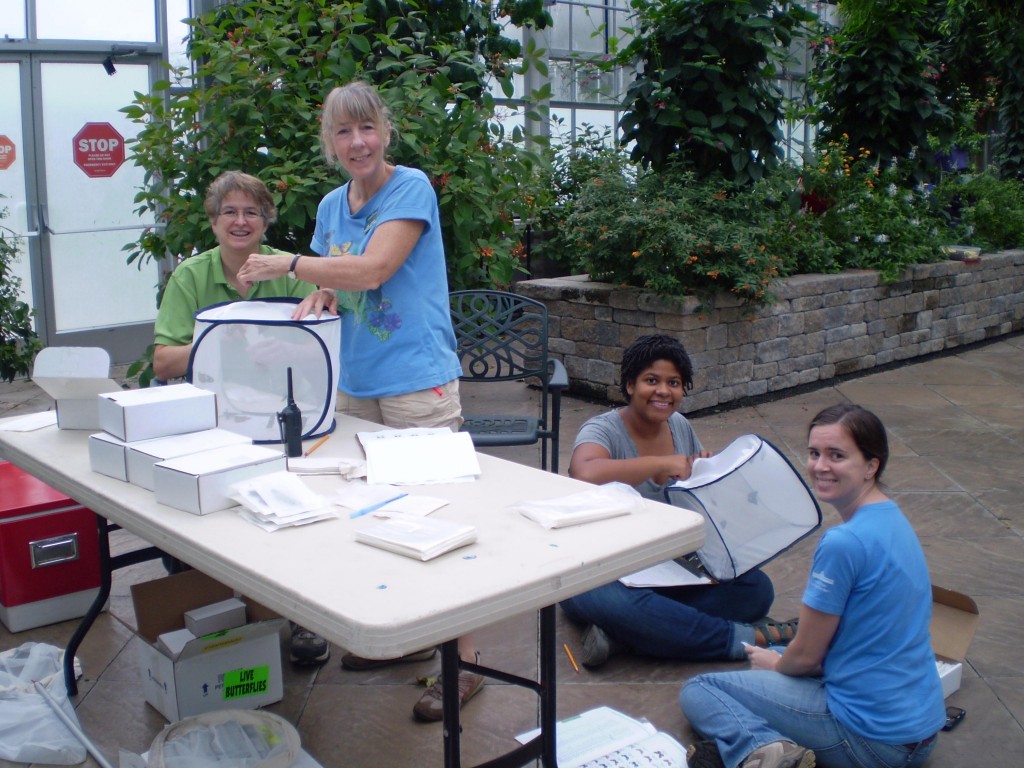 After a bunch of running around, swinging nets, and climbing ladders, we finally caught the butterflies ready to be sent! While they were caged we tallied up the species and total number of butterflies (143) so that the
Science Museum of Western Virginia would know exactly what they would be receiving. 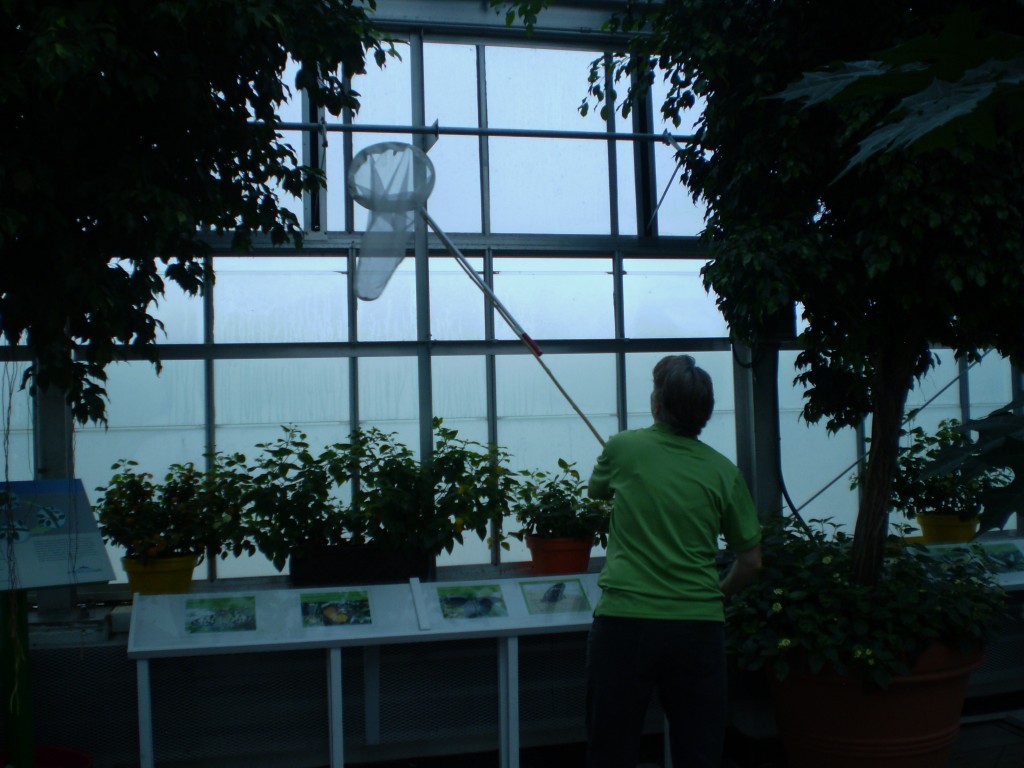 So, what did we do with the butterflies at the end of the exhibit since they can’t be released? Originally, we were going to send the butterflies to the Smithsonian’s National Museum of Natural History butterfly exhibit, but with the shutdown of the federal government, that became impossible.  Luckily there was another exhibit able to take our long-lived butterflies. Our friends over at the Science Museum of Western Virginia Butterfly Garden in Roanoke were happy to take them.
We came in early the day after the exhibit closed, October 14th, in the dark of dawn to try and catch the butterflies before they woke up.

They were FedEx-ed overnight with ice packs (which slows down their metabolism so they don’t move as much or get too hungry). In less than 24 hours they were safely released into the Butterfly Garden in Roanoke. 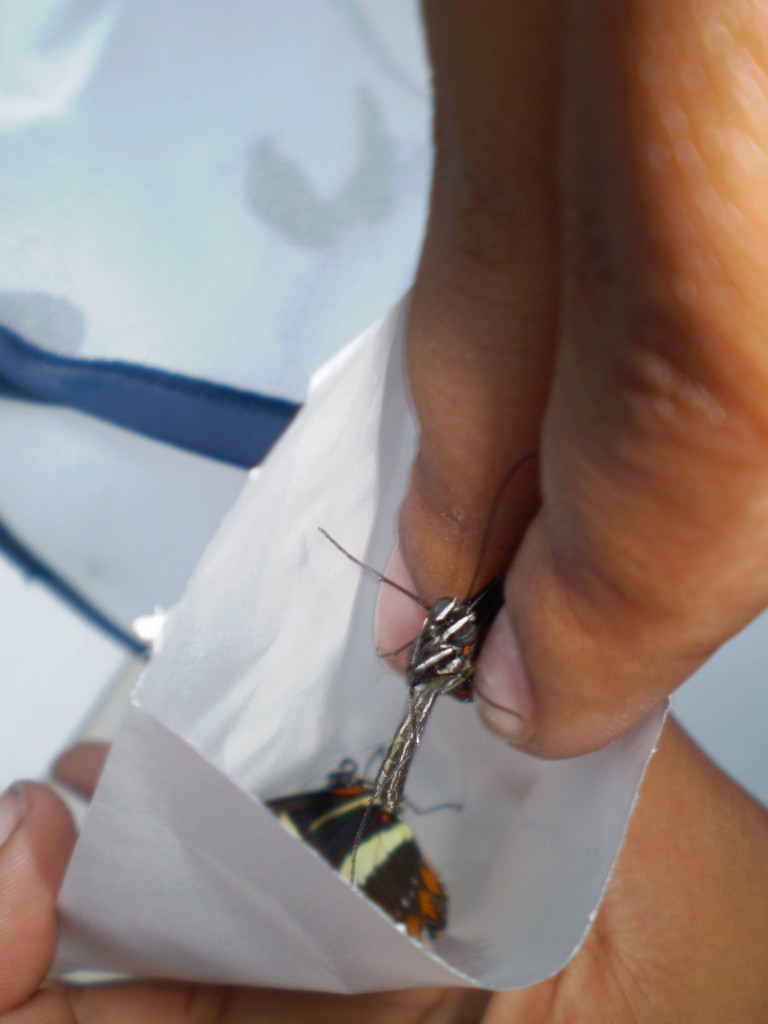 We slipped them, gently, into envelopes and boxed them up for shipment.

After certifying there are no more butterflies, eggs, or caterpillars in the exhibit we removed all the plant material and education materials to get ready to set up Dominion GardenFest of Lights 2013  in the North Wing of the Conservatory.
If you missed Butterflies LIVE! this year, don’t worry!  Butterflies LIVE! returns to the Garden in the spring of 2014!