Gardening as a Career: Taking it to the Next Level 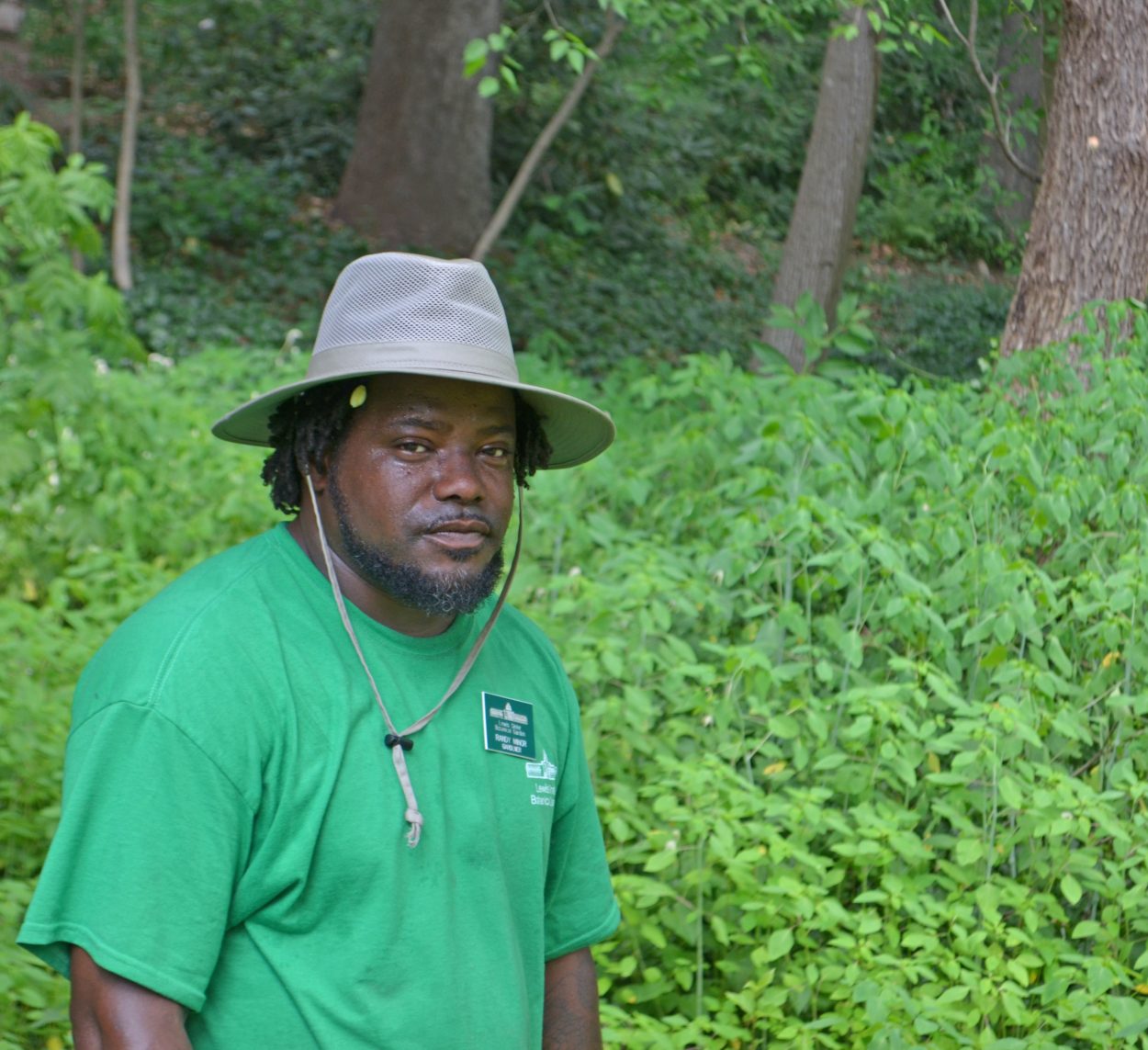 Randy Minor has always had a connection to plants. His mother, Flordeen Cabiness, took him to the James River Park System often when he was a kid.  They lived near Forest Hill Park and it was an easy walk through the park to the 42nd Street entrance.

“This is where you can come to get clarity about things,” she told him.  The experience had a profound impact on him.  Minor has always been a “plant person,” but  as young teen when he became really interested in plants — especially trees.

“At the river, there were so many different types of trees and it just fascinated me. …They were just so massive. I liked how they cleaned up the air and it inspired me to learn more about trees and their purpose.” Cabiness comes from King William County, she grew up there and she’s part Native American — Mattaponi, which influenced the way she looks at nature, especially spiritually.

For people who are really into plants, this is a common story. A very non-scientific survey of our staff would tell you that most people who work at Lewis Ginter had an older friend or relative who shared their love of nature with them at a young age.  What’s more unusual is the path that Minor took to get here.

“To be honest, I was kind of all over the place — just getting jobs, but I always had a technical background, electrical, HVAC. Hands-on is what I like. HVAC played a nice part in me elevating my technical skills, but at the same time I was still endeavoring at the gardens. I felt like urban gardens was important especially in the food deserts.”   Minor saw plants as a passion, and his work helping others get access to fresh local vegetables a calling, but not necessarily a career.  But then his friend, Duron Chavis, was hired as Community Engagement Coordinator at Lewis Ginter, and after participating in Beautiful RVA’s Ginter Urban Gardeners program he started to see that he might be able to have a career working in horticulture.

I asked Minor what it was like to already know so much about plants and urban greening and take the Ginter Urban Gardener program. He explained that in the Ginter Urban Gardeners you get to be both a leader and a student at the same time. The way it’s set up, you are learning leadership skills, working with HandsOn Greater Richmond learning how to be a facilitator for volunteers, and running your own program when you finish the class.  Minor currently supervises the volunteer gardening work being done at Great Ship Lock Park most weekends. 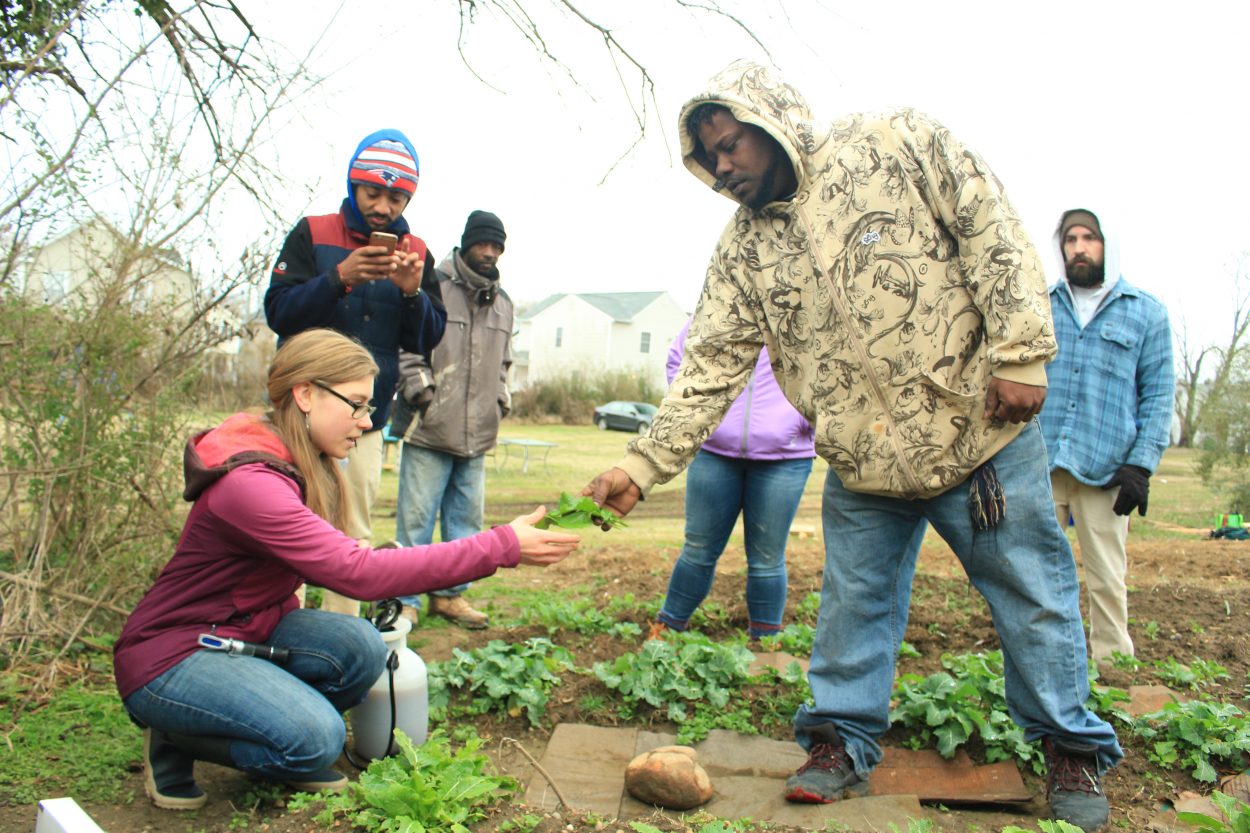 Randy Minor (right) learning about how soil affects the nutritional value of kale from  teacher Jessica Smith in the Ginter Urban Gardeners class earlier this year.

But there were other important things that Minor learned from Ginter Urban Gardeners too. “It shed some enlightenment on a few things about Richmond I had never known about the history of Jackson Ward.”  The “Unpacking the Census” class based on research by University of Richmond’s  John Moeser discussed how the construction of Interstate 95 divided the heart of the Jackson Ward community, and how poverty and race patterns in Richmond have affected its citizens and even future trends.   You can learn more about this class in our blog post “Planting in Hard Places” and on the The Virginia Center for Inclusive Communities website.

“We went in there thinking this was going to be about plants, but it helped me to be a facilitator and a leader. It was so much more.” 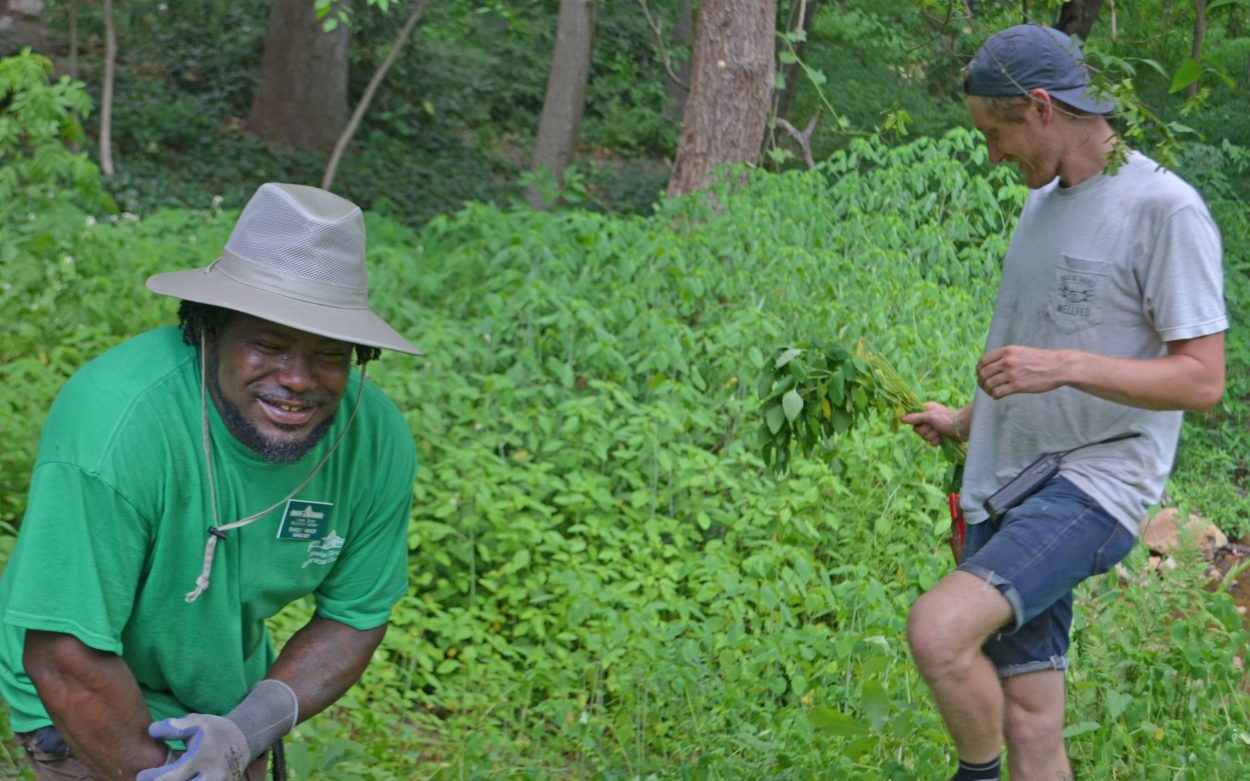 Gardener Randy Minor and seasonal gardener Reid Parker having fun while pulling jewelweed (Impatiens capensis) from the Vale area of the Garden.

Want to help build and beautify your neighborhood?

FREE admission to the Garden on this day includes Butterflies LIVE!, Wild Art: A Journey Off-Canvas, live music from the Happy Lucky Combo, a parade, and more.