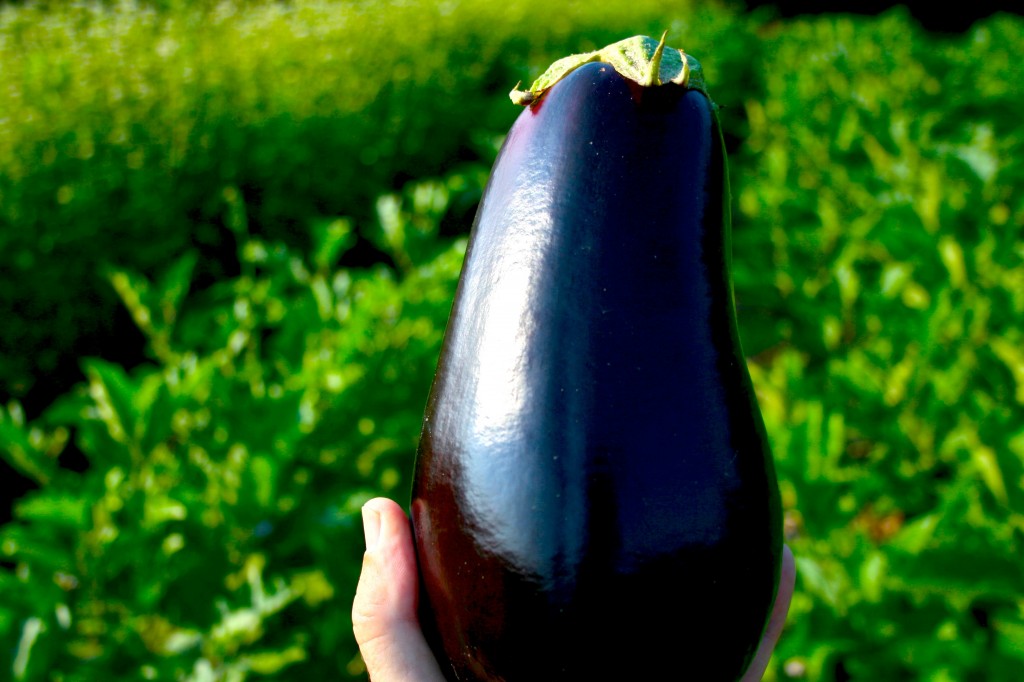 Perhaps not King of Vegetables… but certainly deserving of a royal ranking.

Why do we call a purple fruit eggplant… is it because of the shape of the fruit?

According to the History and Iconography of Eggplant, authored by Marie-Christine Daunay and Jules Janick, the word eggplant in English dates to the British occupation of India, where white egg-shaped fruits were very popular in some areas. The UK generally now uses the word aubergine (French). Also according to this source, in India eggplant is considered King of Vegetables. However, I asked one of our regular Community Kitchen Garden volunteers – a native of India – and he had not heard of that distinction.

In the Community Kitchen Garden, our Mission Bell eggplant isn’t king, with the current harvest of 344 lbs. ranking third in total behind potatoes and zucchini, but the harvest isn’t over yet. 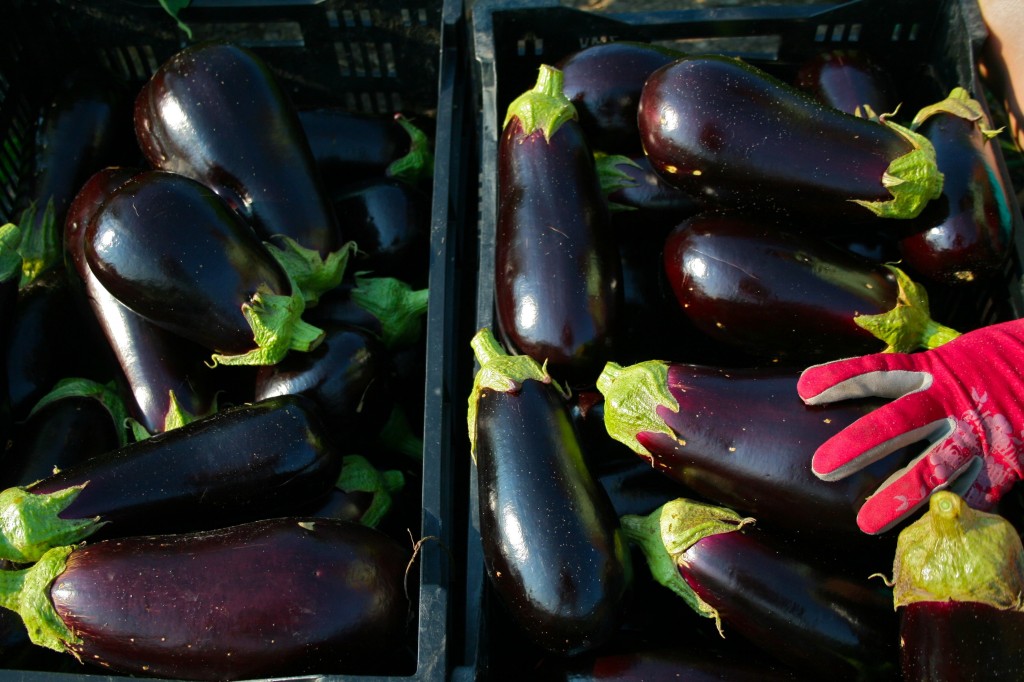 Part of the 344 lbs. we’ve harvested to benefit FeedMore… and the season isn’t over yet. 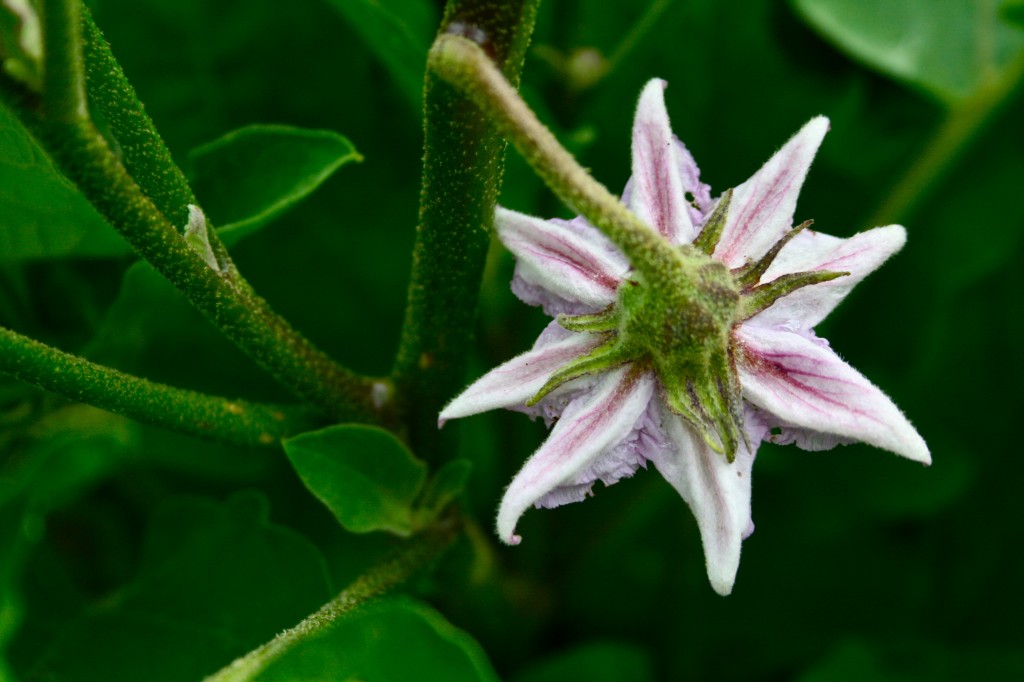 The beautiful – albeit inverted – flower. The green sepal transforms into a spiked cap atop the smooth, soft fruit. The spikes provide an unpleasant surprise to the uninitiated harvester.