For a burst of greenery all year long, you needn’t look far. The loblolly (Pinus taeda) is evergreen and everywhere around RVA, Lewis Ginter Botanical Garden and beyond. 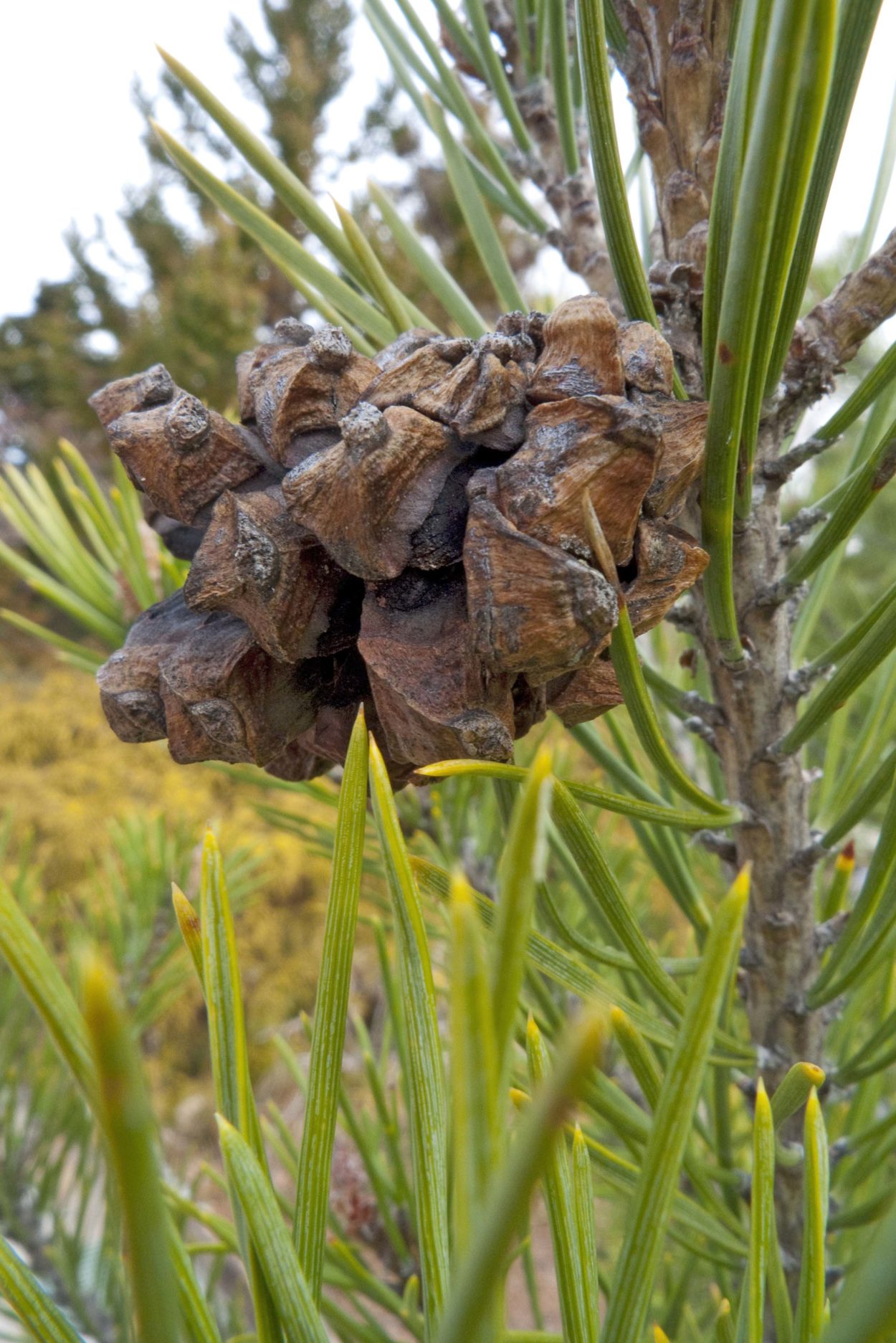 Grueling beginnings: In the 16th century, sailors at sea ate a gruel that was called loblolly (“lob” for bubbling and “lolly” for thick soup). Since this pine tree grows near thickly mired lowlands, its common name may be derived from the porridge that had such a swamplike consistency.

Rapid rate: Loblollies can grow 2 feet per year, which is good news for tree farmers. (Bonus: Loblollies are easy to grow.) Though the species tends to max out at 50 feet in cultivation, some tower up to 100 feet in the wild.

Tim-berrrr!! Lumberjacks felled countless loblollies in centuries past, prizing the wood for use in construction and the resin for use in turpentine. Today, loblolly pine is the Southeast’s leading commercial timber tree – a valued resource for plywood and pulpwood.

Cone zone: That pine cone you recognize? It’s actually a “she.” In early spring, the smaller and softer male cone releases pollen, which drifts its way over to the female – she’s the reddish-brown cone that’s more commonly recognized. After pollination, the female cone turns gray, matures and eventually opens to release its seeds to the world.

Great groupies: In the forest, a stand of loblollies creates a sanctuary of lofty branches that tower above … and a layer of fallen needles that mute sounds below. In a smaller landscape, the benefits include beauty, shade and windbreak.

Renewable resource: The tree’s short-needle pine straw is readily available, affordable and attractive. As an organic blanket, it can protect plants and trees from winter’s temperature dips and summer’s moisture loss.

Creatures, one and all: The littlest creatures – squirrels, chipmunks, songbirds – as well as turkeys and deer appreciate the loblolly pine for reliable food and shelter.

Character names: The conifer has other nicknames that, like loblolly, are fitting: “rosemary pine” (for its needles’ fresh scent) and “old field pine” (for its self-seeding in abandoned fields).