The Powers of the Garden 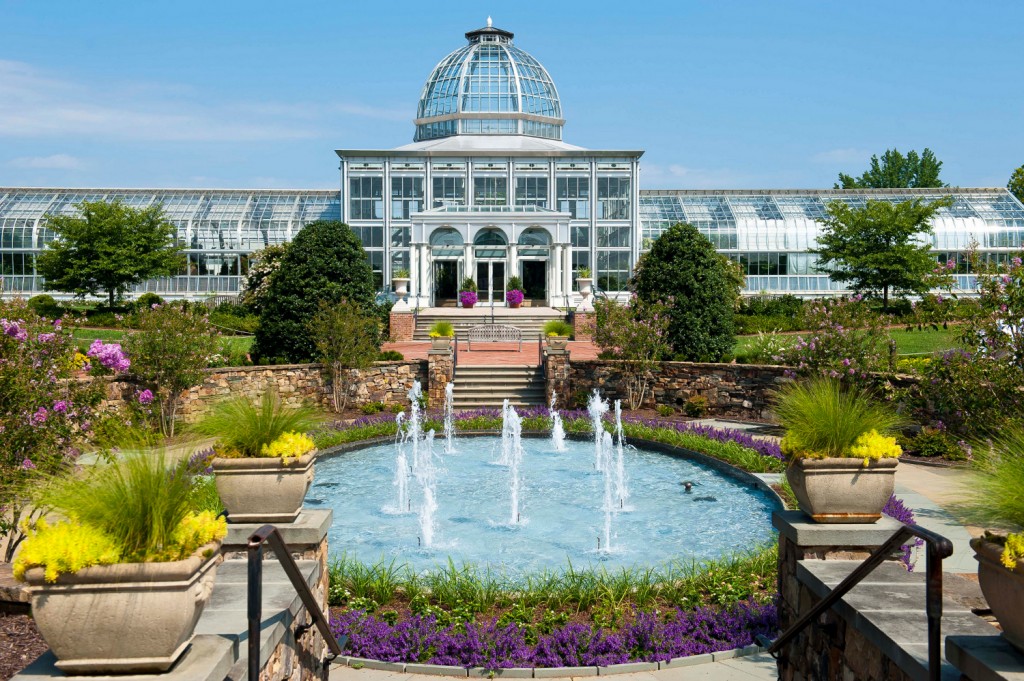 I love discovering and exploring new areas, which is one reason why I’ve had so much fun interning at Lewis Ginter Botanical Garden this summer!  I recently went on a tour of the Garden with other summer interns and discovered aspects of the Garden that I have never realized before.  When you walk out of the Visitor’s Center I can’t help but stare at the breathtaking and colorful view of the Conservatory.  It was nice to be on the tour because we stopped at the gardens in front of the Conservatory, which was something I have never done before.  Before I always overlooked areas of the Garden, not realizing all the hard work and thought process that went into making them what they are.

As you walk down the main path toward the Conservatory there is a Healing Garden to your right.  The Healing Garden reflects one of the fundamental uses of plants – for medicine and healing.  I learned that this garden is designed as a place for spiritual healing through contemplation, meditation and reflection.  I highlighted a few of the plants below that are used for common conditions and had interesting past uses.  These plants should not replace what has been described by your physician and are often hard to identify, and so I strongly discourage from self-medicating.

Thymus vulgaris is used for the respiratory system.  The oil can be used to treat skin and scalp complaints, exhaustion, depression and upper respiratory tract infections.  Like many other herbs, thyme protected medieval people from witchcraft.  It was also claimed that eating thyme increased courage and the smoke of the burning herb was believed to offer a protection from poisonous bites.  Thyme was also an ingredient in a potion that enabled people to see faeries. 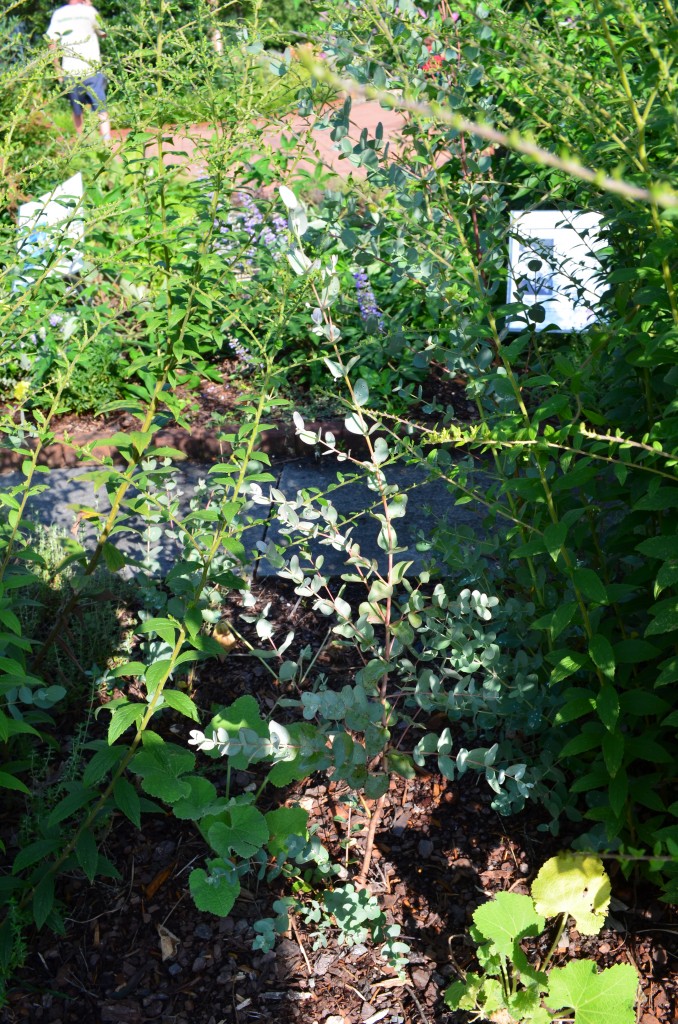 Calamintha nepta is used for the nervous system.  The leaves are harvested in the summer and dried for later use.  It is used internally for indigestion, nervous tension, depression, insomnia, and painful menses.   In the 2nd Century A.D., the Greek doctor, Galen, often applied the leaves to bruises to make the black and blue marks disappear.  I guess even back then people were concerned with their appearances!  In medieval times, lesser calamint was a commonly used medicinal herb. 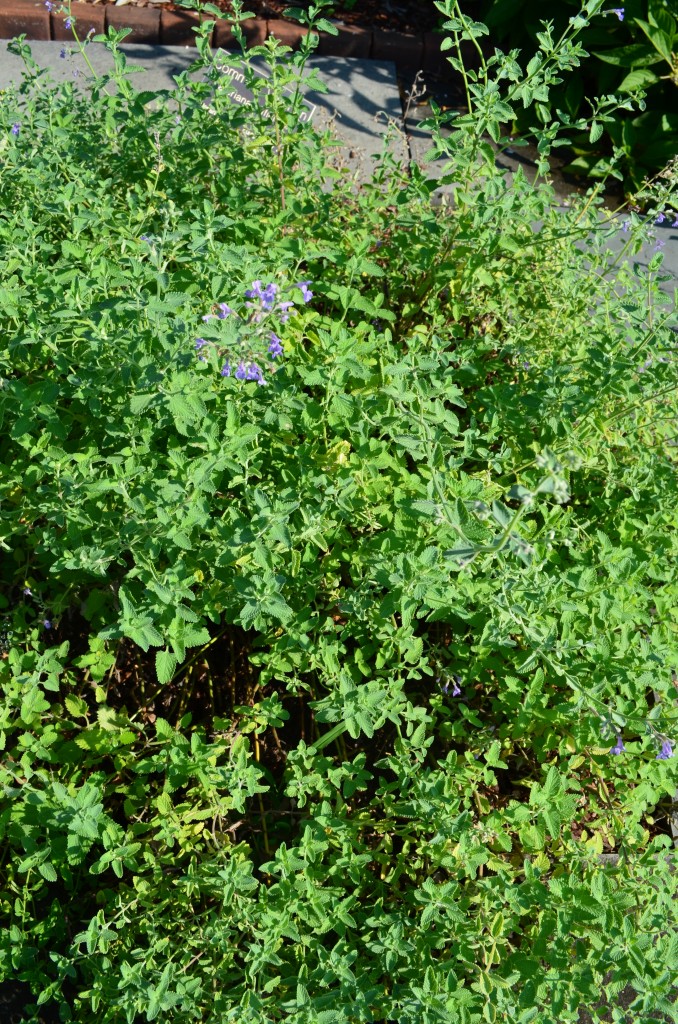 Catharanthus roseus improves performance and immune deficiencies.  It has been used as far back as medieval times.  The French call it “sorcerer’s violet” because they used it in charms, love potions and was an emblem of friendship.  Garlands were once fashioned from the flowers to protect the wearer from evil spirits, as the plant was thought to have magical powers.  An extract was discovered in the 1950s that was successful in treating juvenile leukemia, Hodgkin’s disease, and other cancers previously thought to be incurable. 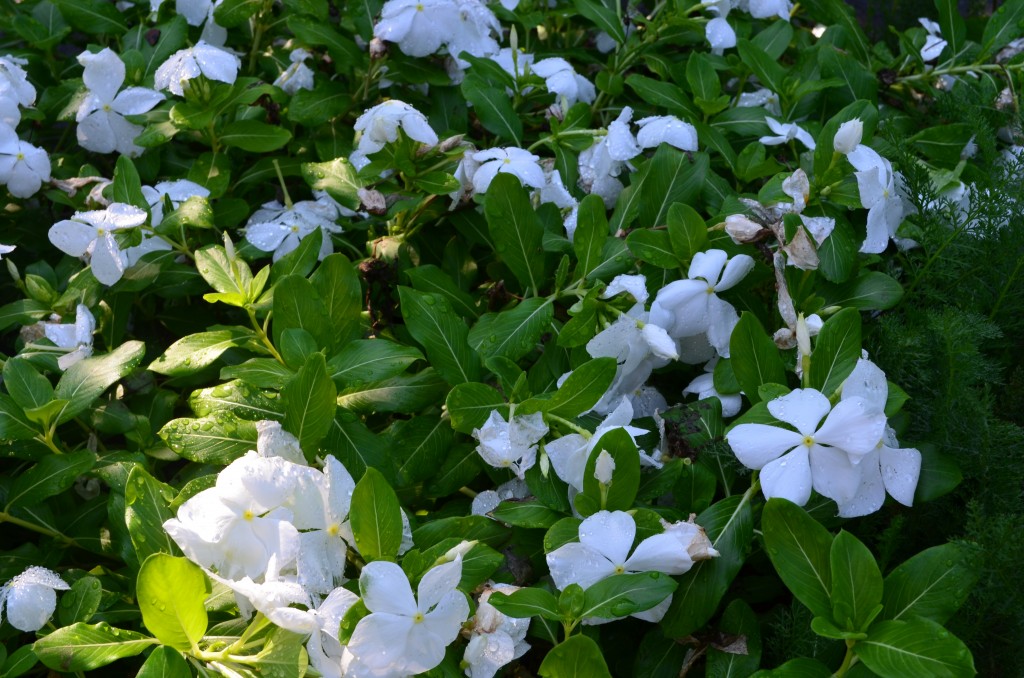 I enjoyed reading about these plants and their different uses.  It further strengthened the argument about how gardens benefit your health through plants and the benefits of gardening.

As we walked through the Garden I became more relaxed.  Gardening offers a wide range of benefits such as exercise, stress reduction and social interaction.  Gardening has been shown to be beneficial to your mental health.  When we interact with nature, we use an indirect form of attention that essentially gives our brain a chance to refresh, much like sleep.

One of the benefits of gardening was highlighted in HealthNewsDigest.com where it was claimed

that research in the field of environmental psychology demonstrated that gardening utilizes the non-thinking right side of our brains, the side that is responsible for worrying, intrusive thoughts, and uses mainly the right side of the brain, which is responsible for handling our more creative aspects, including our senses.  In short, gardening will help us stop worrying and start focusing on the “here and now”.

I enjoyed talking and walking through the Garden with my fellow interns.  They were all very knowledgeable about the plants growing in the Garden, which helped me better understand the beauty.  Next time you are feeling stressed, come out to Lewis Ginter to smell the roses and let your imagination wander.