Aquatic Giant is Queen of the Lilies 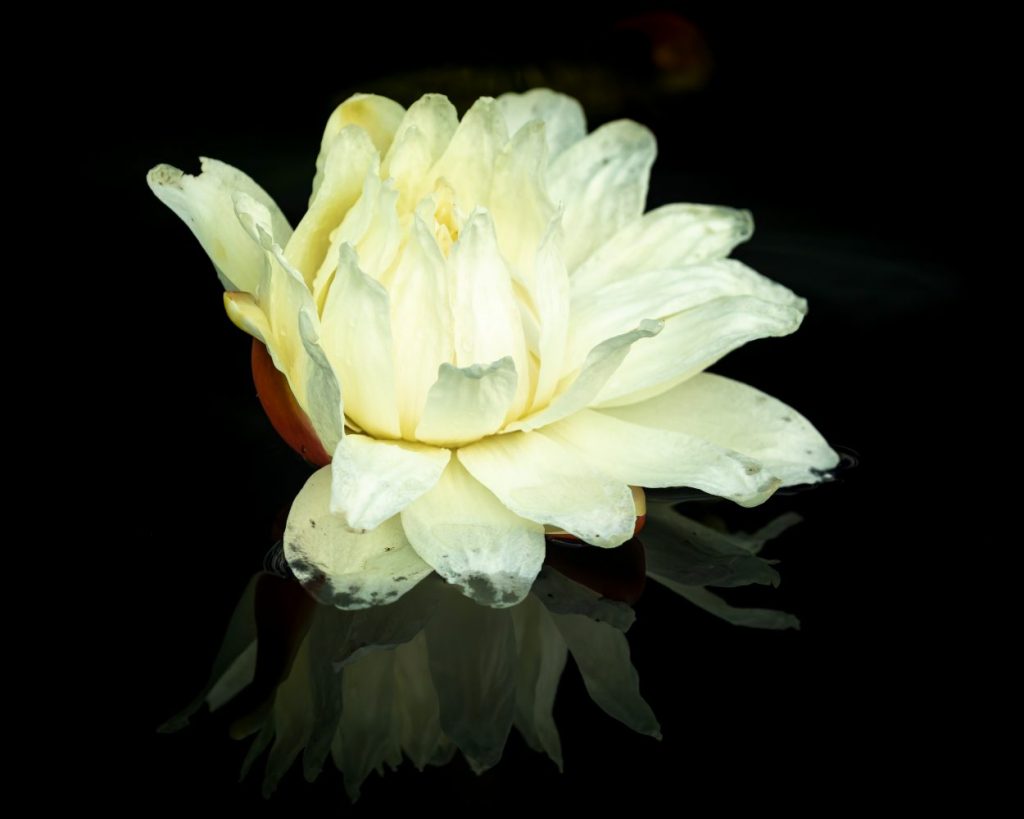 Victoria amazonica blooming at Lewis Ginter Botanical Garden. Image by Tom Hennessy. As of Wednesday, September 5, 2018, we expect to have at least one bloom tonight through Thursday.

Tropical plants are magical. Extraordinarily lush foliage, pungent fragrances, and remarkable blooms mesmerize our senses, while their quirky features and minuscule to mega sizes tantalize our imagination. One tropical wonder that’s long been a fascinating subject for writers, artists and photographers is the Victoria waterlily, botanically classified as Nymphaeaceae Victoria amazonica. This intriguing tropical specimen, which is native to the Amazon River region of South America, was discovered in the early 1800s and named in honor of Queen Victoria. 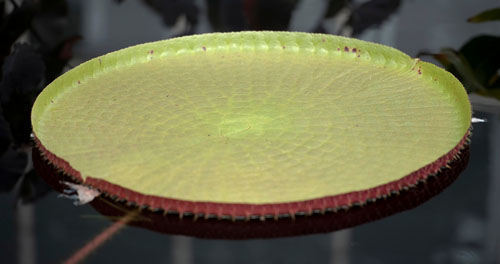 These lily pads, floating among the Victoria waterlilies at Lewis Ginter Botanical Garden, are not only mega-sized; they’re magical. Photo by Don Williamson

Though the Victoria waterlily (Victoria amazonica) naturally flourishes in tropical climates, today it’s also nurtured in temperate regions around the world—including the reflective pools flanking the Conservatory entrance at Lewis Ginter Botanical Garden. Unlike hardy lilies that are perennials, tropical lilies typically don’t survive past a couple frosts in Virginia, so they’re considered warm-weather annuals in our area. When situated in full sun, the Victoria waterlily usually blooms through September in our region, showcasing an eye-catching pearly-white bloom. The flower’s pineapple-butterscotch scent attracts certain pollinating beetles that stay inside the closed bloom overnight. After pollination, the bloom takes on a pinkish-purple hue, which further enhances its beauty. Since it’s night blooming, it is typically open from dusk to about noon the next day, so plan your visit accordingly.

Recorded as the world’s largest water lily, this aquatic giant has an amazing capacity to grow massive, platter-sized flowers and enormous, table-sized leaves that are commonly called lily pads. When mature, its larger-than-life lily pad resembles a colossal, crimped-edge bottle cap turned upside down as it floats on the surface of the fresh-standing water.  Though at first glance it appears to be quite delicate, the leaf is strengthened underneath by supporting ribs as well as buoyant air pockets between the ribs that enable it to hold considerable weight when equally distributed (including babies in today’s popular lily-pad photo series — don’t try this at home, folks!) A long stalk connects the waxy leaf to a stem and roots that are held underwater in aquatic pots or planted in the bottom of the pond.

Under the right conditions, Victoria amazonica will grow and grow during the summer season, prolifically filling a water garden with magical splendor — and visitors with awe.

Editor’s Note: This article first published in the Richmond Times-Dispatch. 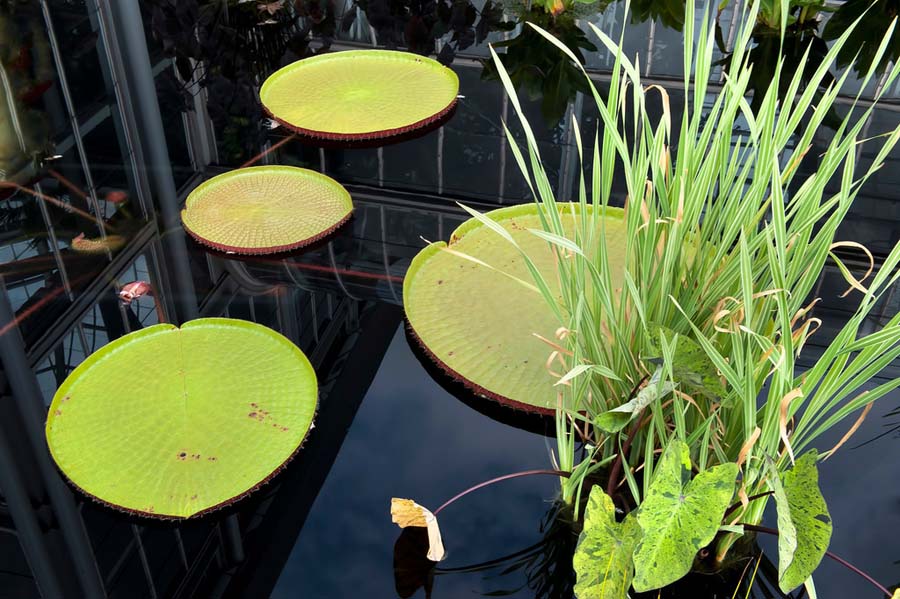