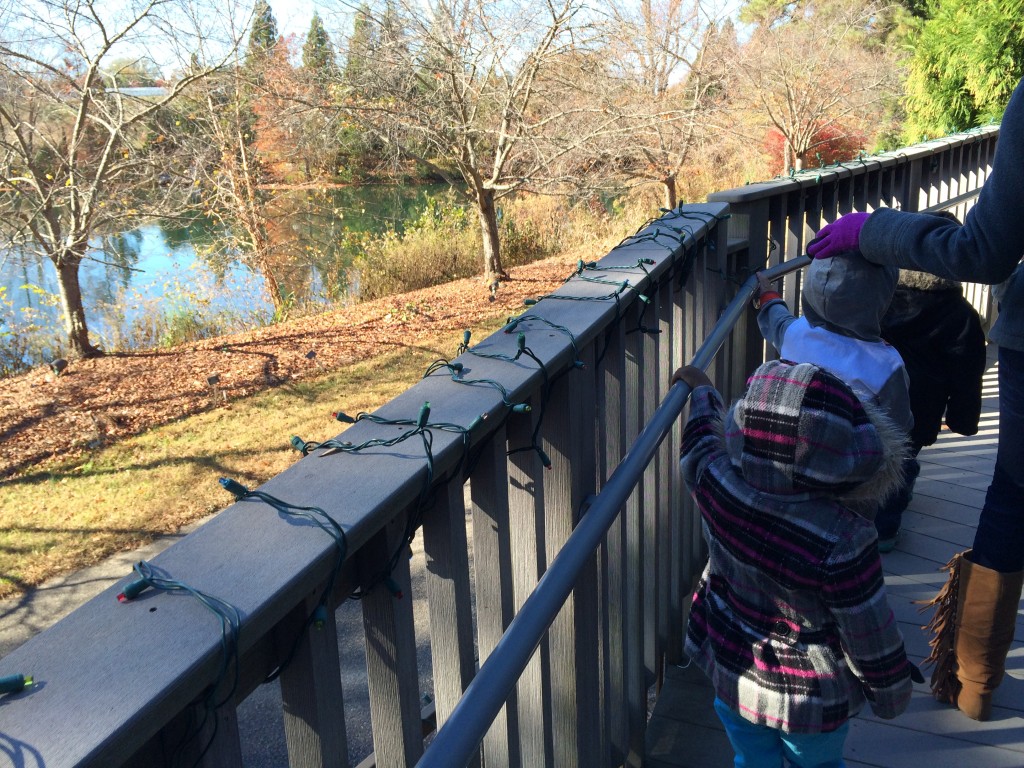 My husband’s Head Start class making their way down from the Children’s Garden Tree House.

One thing I love about working here at Lewis Ginter Botanical Garden is that when my kids come to the Garden on a field trip or my husband comes with his class of 3-year-old Head Start students, I get to experience the Garden though their eyes. For many children in the Richmond area, coming to Lewis Ginter Botanical Garden on a field trip for our educational children’s programming may be their first encounter with the Garden. Especially for the Head Start children this is true.

In fact, for many of these 3-year-olds, it may be their first time climbing a tree, seeing a real turtle, or even being at a lake.  It’s hard to believe, but it may well  be the first time that they’ve  really examined the bark of a tree, picked up a pine cone, seen a vegetable grow, or taken note of a birds nest.  My husband is a preschool teacher at Chimborazo Elementary School in Church Hill, but the children he teaches come mostly from Mosby Court,  and also Gilpin Court and Fairfield Court  housing projects.  I don’t know if you’ve ever been to Richmond’s housing projects, but there’s not a lot of nature there.  So watching the Garden through the eyes of 17  kids who’ve never really explored a place like this is pretty eye-opening. 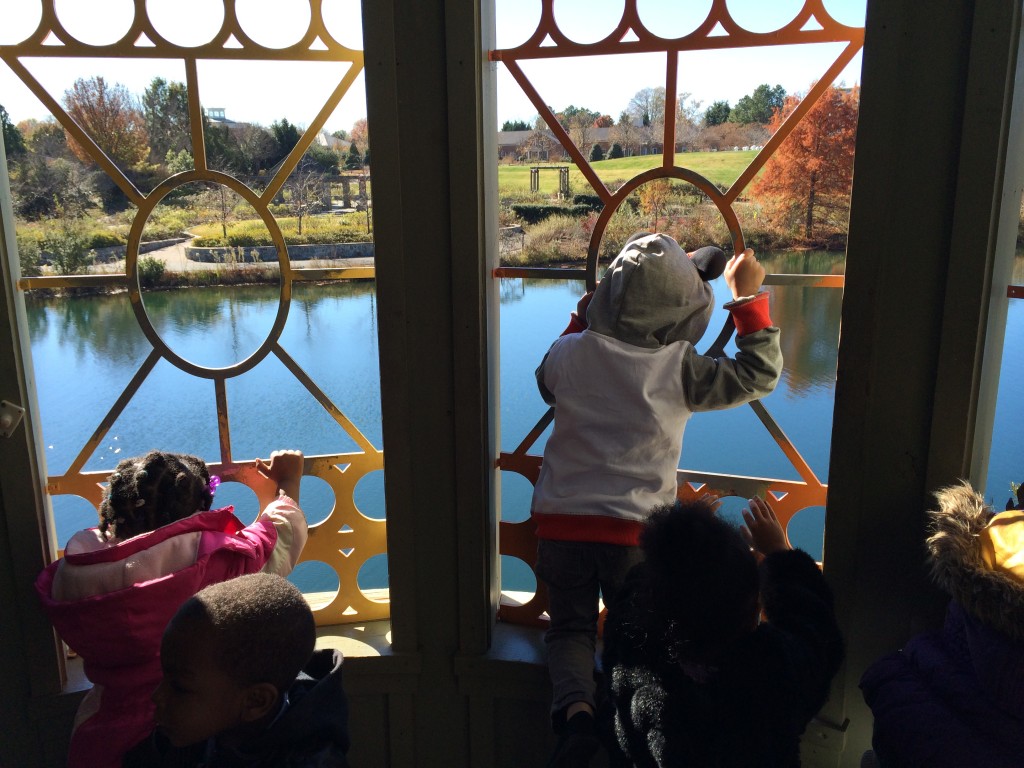 The children taking in the view of the lake, the Conservatory, and the Rose Garden.

I could see the learning happening, the wheels clicking. The children collected different colored and different shaped leaves, they looked at blooms and at birds.  I could see the thrill and excitement of seeing all that could be seen from the top of the Children’s Garden Tree House.  I think I picked up at least half of the 17 children up so they could get a better look at the bird’s eye view of the Garden from the tree house.  I set them down, only to take this picture.

Their excitement reminded me of  kids who are overwhelmed with cool things to see and do at an amusement park.   There was one child in particular, however, for whom the field trip to the Garden had a larger impact. 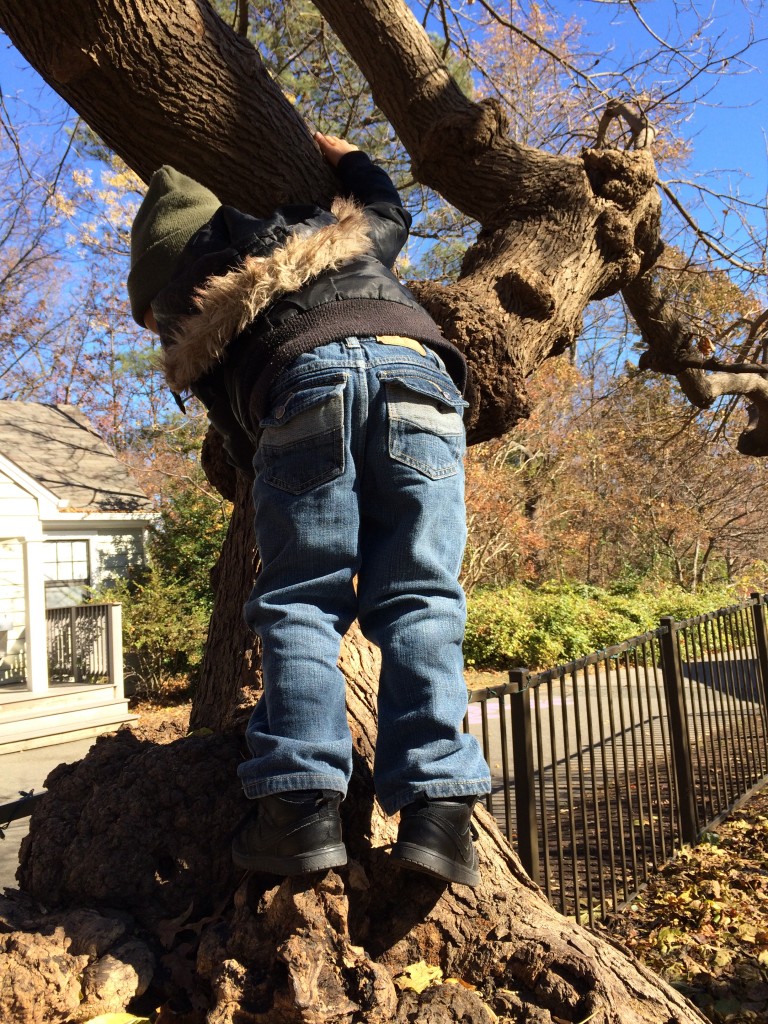 Marcus (pseudonym) arrived at school 3 years and 2 months old. He did not speak more than two words at a time the first 6 weeks of school. In the last week or so he began to string more words together. Mostly these words were directed at his peers. Yesterday when we were at Lewis Ginter Botanical Garden it Marcus seemed to have a break through. He noticed his surroundings and expressed joyful exuberance about learning. While listening to Kristin Mullen, the Lewis Ginter educator, read a story that incorporated a male and female stuffed cardinal that made sound, he exclaimed, “Listen to the birds!” Later, as the class gathered fallen leaves on the ground, Marcus said, “Look at triangle leaf!” Then he broke into a contagious laughter.  As we walked through the garden he saw the  pond  in the Asian Valley and yelled, “Water!” followed by another round of contagious laughter that caused my instructional assistant and I to smile. Finally, while climbing the 100-year-old mulberry tree, Marcus told me, “Hey! Dr. Holland! I like this place!” Marcus crossed a threshold of engagement because of the amazing surroundings at Lewis Ginter Botanical Garden. He was able to move from only talking to peers to engaging adults and he began to notice nature on his own. Most of all he stated a fully formed opinion of his situation in a complete sentence. I know  that  Marcus will never be the same, self-focused, unaware child he was two weeks ago, because of our trip to Lewis Ginter.
Thank you Lewis Ginter Botanical Garden. 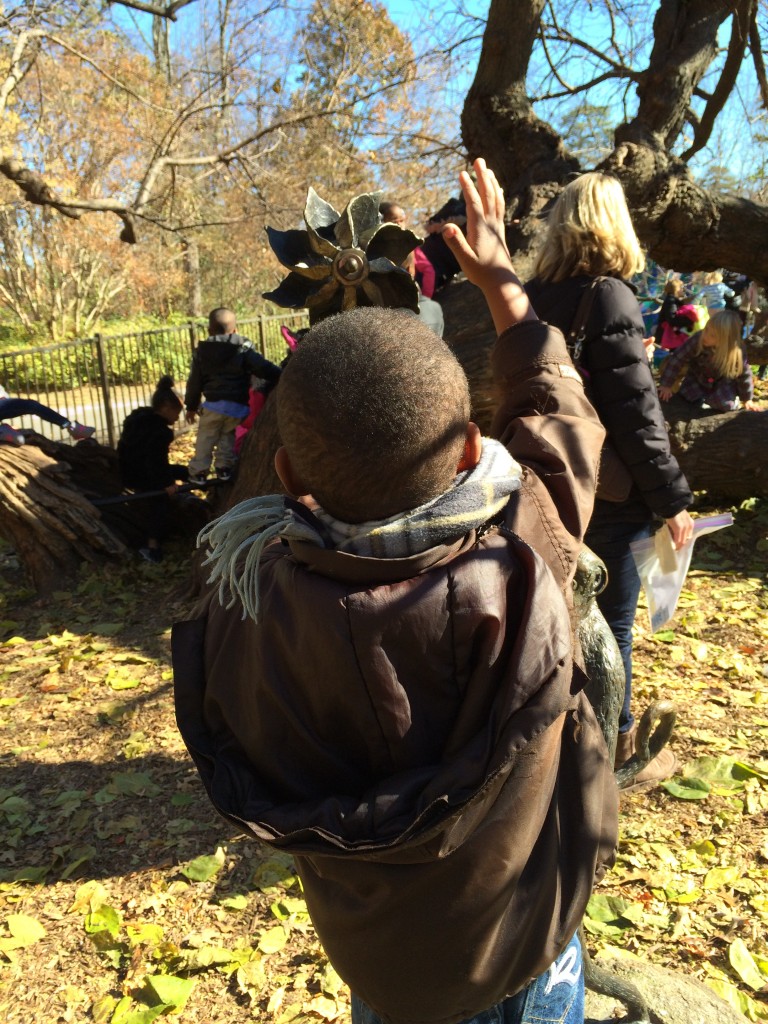 Spinning the pinwheel on the monkey sculpture near the mulberry tree in the Children’s Garden. 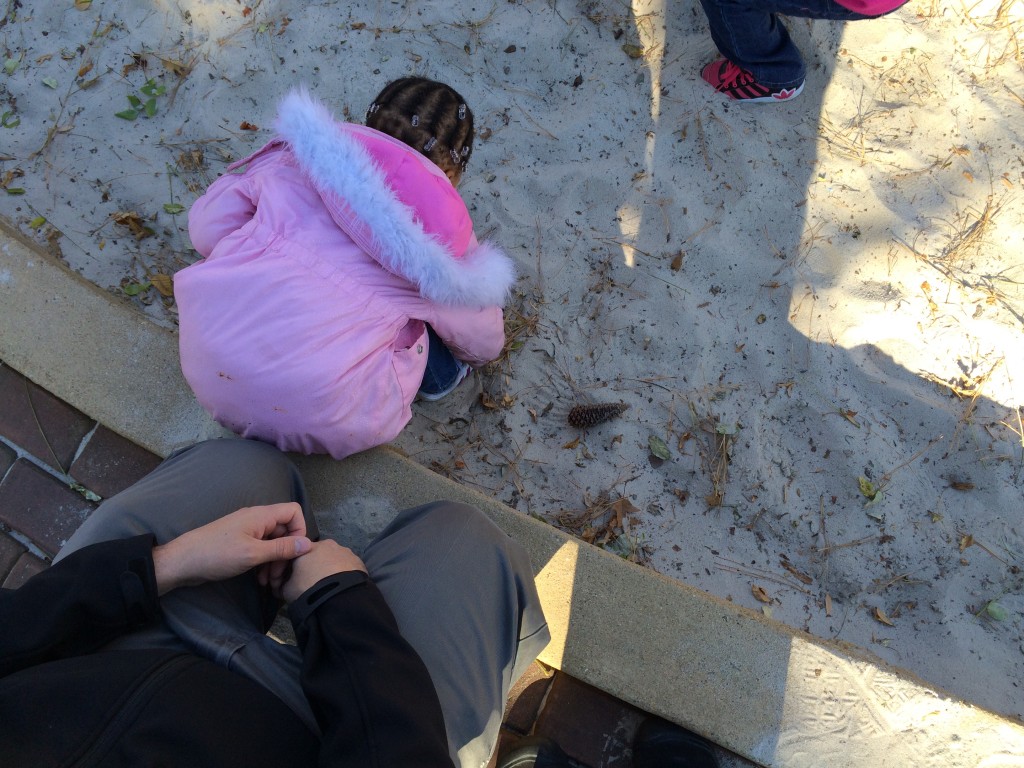