Sea to shining sea: Yucca adapted across diverse climates and soils, from America’s arid deserts of the West to sandy dunes of the East … and nearly every Virginia county along the way. Locally, our native species is Yucca filamentosa, a slow-growing flowering evergreen. 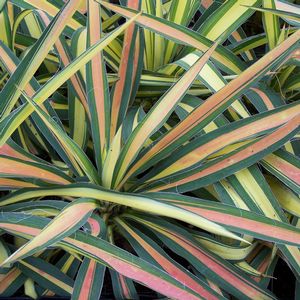 Yuccas can even feature foliage with color variations like white, dark green and even pink.

C the difference: America’s native plant requires two c’s in “yucca.” Elsewhere, “yuca” (with one c) is the cassava, a nutty-tasting tuber that is native to South America and Africa.

A tall order: Though not kin to cactus, yucca’s rosettes (the circular arrangement of leaves) and its spikes add a desert flair to the landscape. So does its imposing 8-foot height, as reached by some yuccas at maturity.

Flower power: Stalks rise high from the rosette’s center looking a bit like asparagus and boasting creamy bell-shaped blooms from around April through June.

Turn on the tap: Yucca stores water in its deep taproot and sometimes in its fleshy leaves. The waxy skin of the leaves slows water evaporation, which also supports drought tolerance. 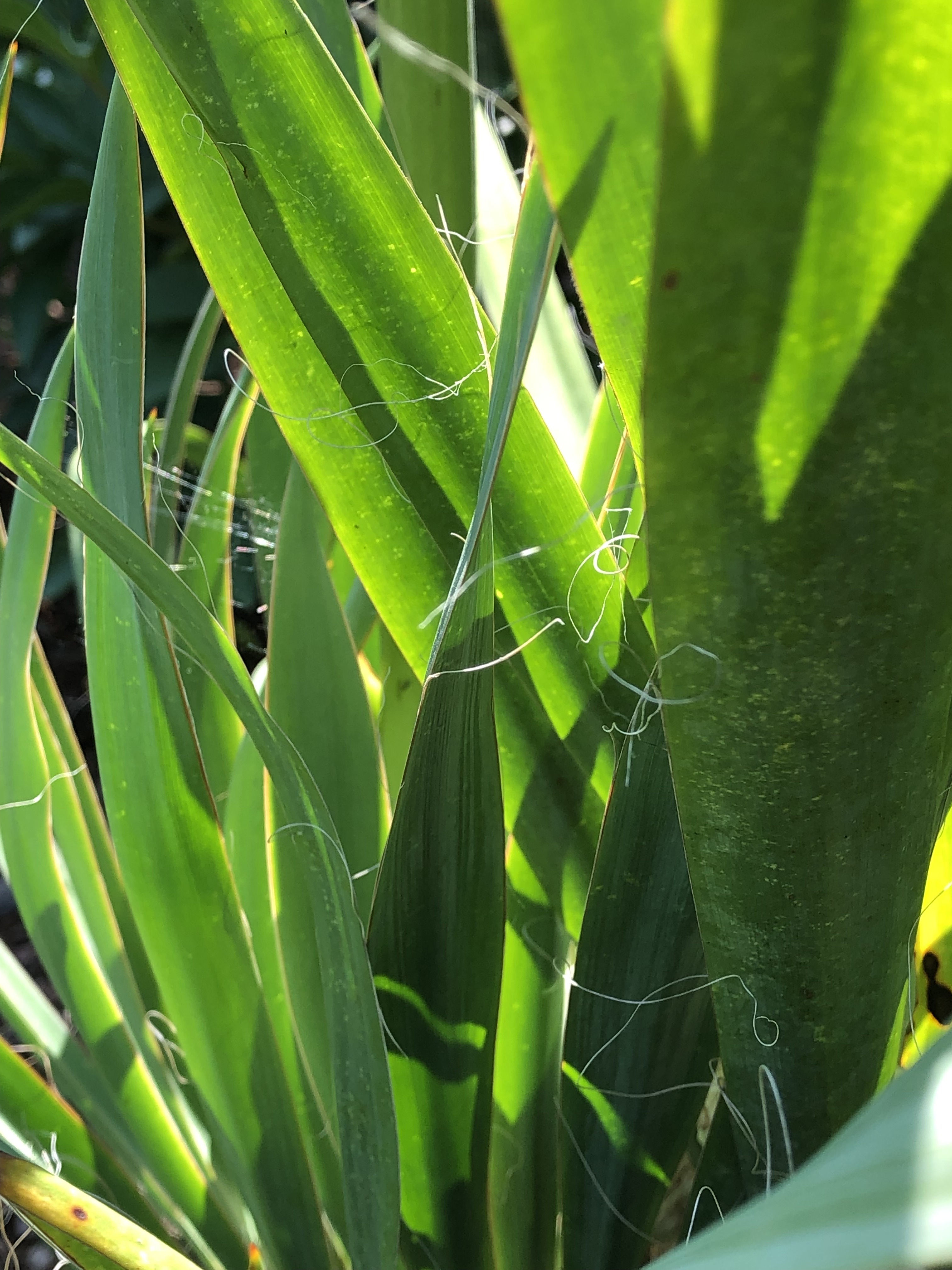 Native yucca is called Spanish bayonet for its sword-like leaves and Adam’s thread for its frayed, curly strands.

Speaking of water: Seasonal drought and poor soil seldom phase this perennial, so it typically flourishes year after year – unless it’s overwatered.

Best buddies: The yucca moth is the only moth that pollinates the yucca plant, which in turn is the only plant host for the moth. Symbiotically speaking, they literally need each other.

See it: Yucca grows in Lewis Ginter’s Healing Garden, demonstrating how Native Americans relied on different parts of the plant for health benefits.