Grab your work gloves, wheelbarrow, and pitchfork. And don’t forget your sunscreen and water. It’s time, once again, to spread mulch! A light top-dressing will help spruce up the landscape as spring bursts forth. 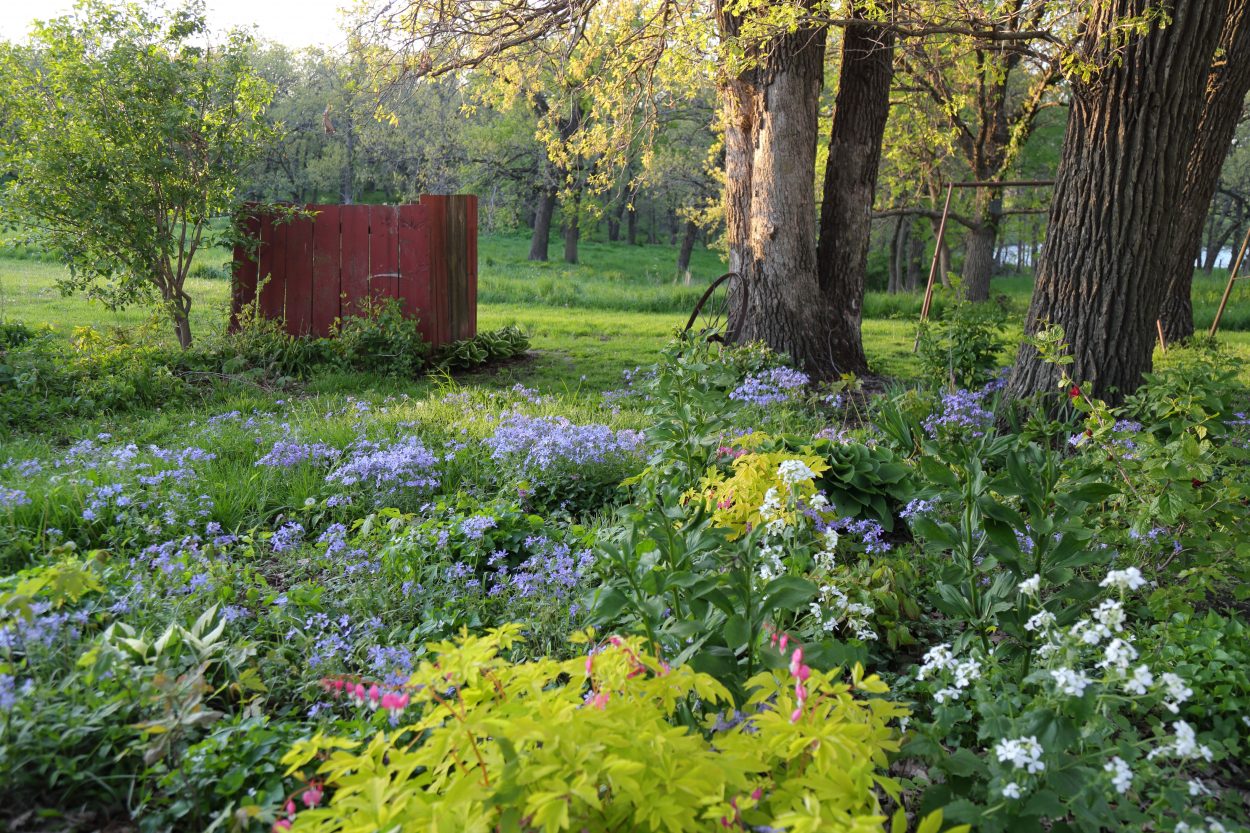 Horticulturist Kelly Norris’ shady backyard features a matrix of ephemerals, like woodland phlox and sedges, which create a sustainable covering of material very early in the season.

Or perhaps this tradition isn’t for you? If the annual rite of transporting, lifting and spreading a load of mulch creates angst, consider another approach: living mulch. Also called green mulch, living mulch is an alternative to traditional mulch products. For homeowners, it involves planting compact plants or groundcovers underneath and around existing shrubs and trees. The goal is to use select plants as bare-spot fillers in the landscape and garden beds.

“Why not plant native groundcovers that do the work for you?” asked Kelly Norris, horticulture director at the Greater Des Moines Botanical Garden. “A weft of sedges, short grasses, rhizomatous- and rosette-forming perennials will help to establish a continuum of green mulch.”

Norris recommends understanding how plants work before arbitrarily filling spaces in a garden or landscape bed. For example, perennials that typically return each year will lessen the seasonal workload even more.

“Also think less about plants as units and more as a plant community,” he suggested. “Think about how these plants work together to form a functional cohort by virtue of their botanical traits – traits that often have aesthetic values as well.”

The decision is yours. This year, will you reach for a heavy pitchfork or a package of seeds?

A sampling of living mulch options for Zone 7:

This article first appeared in the Richmond Times-Dispatch in April 2018.

Get up close and personal as hundreds of tropical butterflies feed, flutter and take flight all around you.

Learn More
ORIGAMI IN THE GARDEN