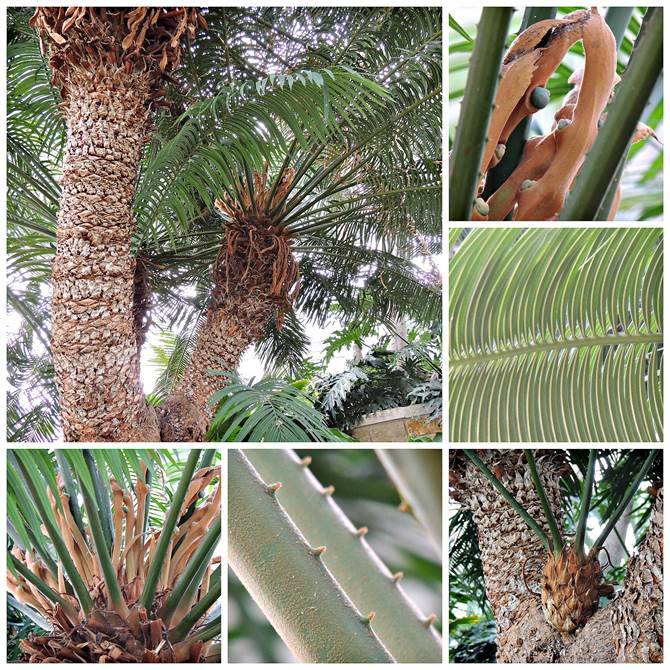 Our Queen Sago palm is reproducing in two ways right now: ovules and pups. In the upper right photo, you can see her green ovules. If we had a King Sago to fertilize the ovules they would become seeds. They grow from the tip of the plant, as seen in the lower left photo. In the corner photo, you can see her “pup” that looks somewhat like a pineapple.

This Queen Sago palm (Cycas circinalis), growing in our Conservatory, was derived from seeds collected on a U.S. exploring expedition between 1838-1842, and was given to us from the United States Botanic Garden. They are dioecious so have separate male and female plants.

Although the Queen Sago palm — “she” — looks like a palm and is named a palm, she is not a palm. She is a cycad, which are far older than palms. Cycads are very ancient gymnosperms — cone bearing plants — that existed around the time of dinosaurs.

But, if you fall in love with Queen Sagos… treat them carefully. They are poisonous, particularly the seeds. Also, they are not hardy in our area, so you’d need to bring them inside during the winter months.

You can find our Queen Sago on the right side of the spiral planter as you enter the Conservatory.