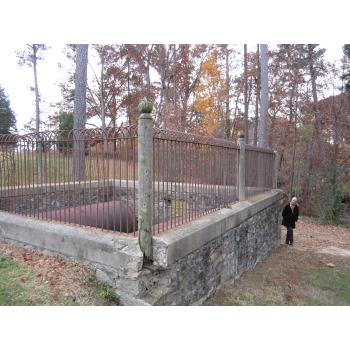 This is the first in a series of short posts about the history of Lewis Ginter Botanical Garden. In 2013, our good neighbors at Jefferson Lakeside Country Club reached out to us to see what we knew about the zoo cages on their property. We shared what we know (very little!) and visited the cages and talked about our shared history. We do not have any papers or documents from either Lewis Ginter or Miss Grace Arents so we rely on secondary sources to gather details of their lives and business pursuits. Richmond Times-Dispatch columnist Bill Lohmann was kind enough to write about the Lakeside Park Zoo to see if we could recover some of its lost history from newspaper readers. 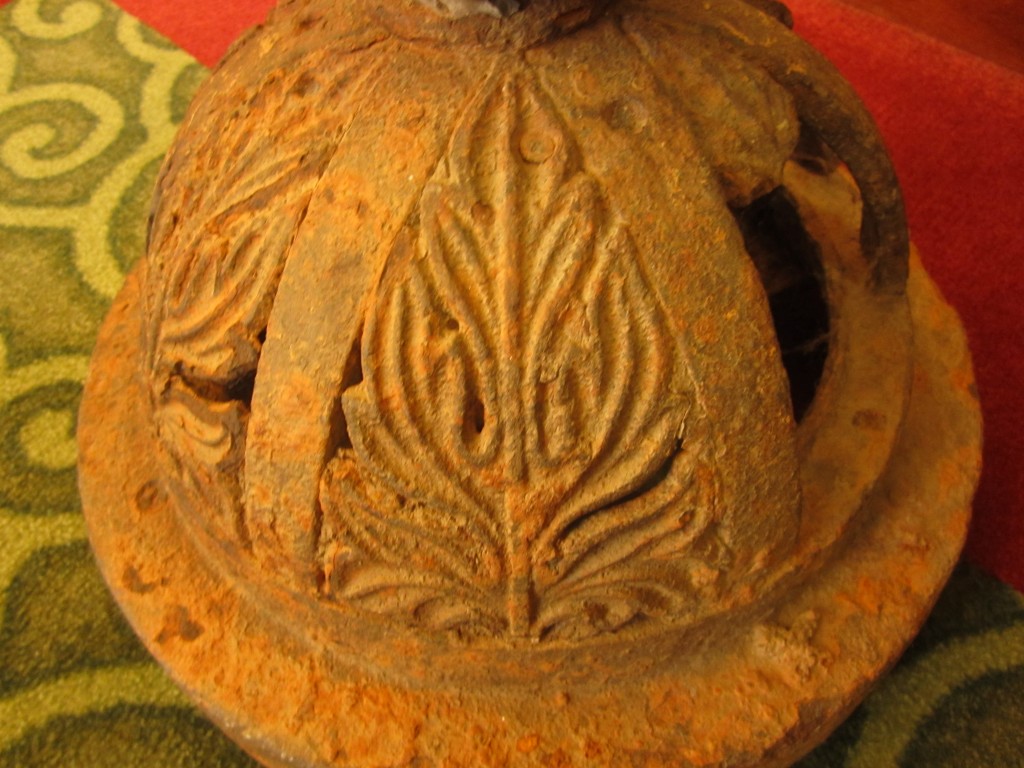 Detail of the base of the lamp-post or stanchion.

We did learn a bit from Bill’s readers about the history of Lakeside Park, a scene of gaiety and fun that opened in 1896, and is now known as the Jefferson Lakeside Country Club.  I will write more about Lakeside Park in future installments. Staff at the country club offered us this iron stanchion or lamp-post shown here.  We are excited to add this to our collection of Lewis Ginter memorabilia. 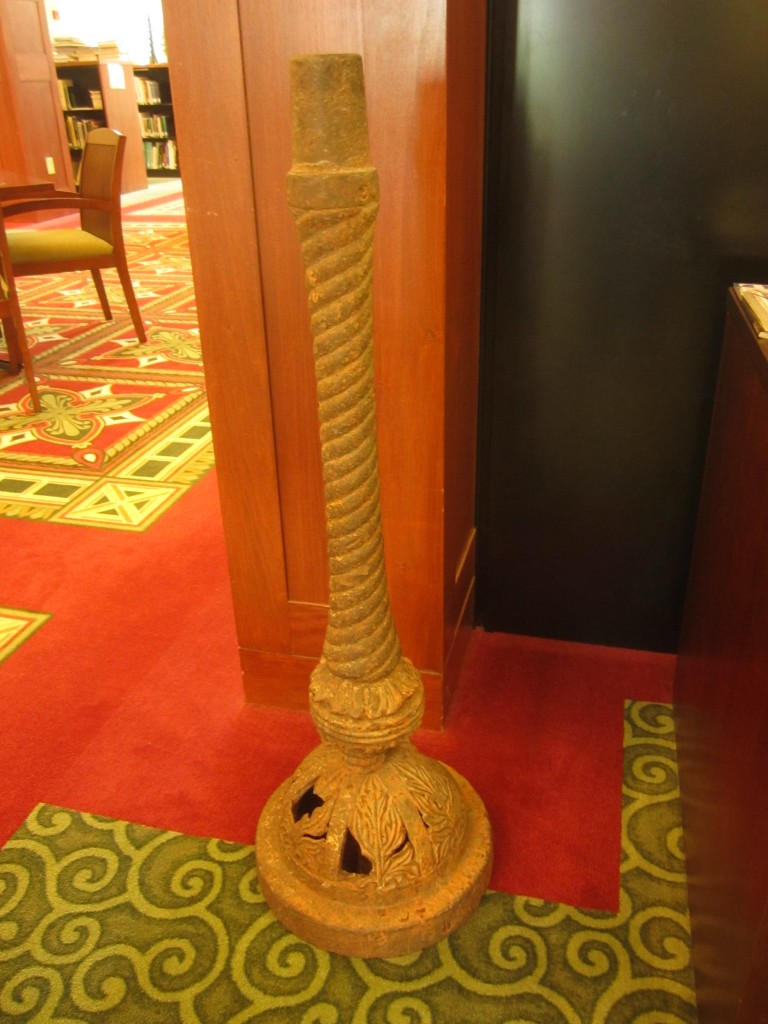 It may not seem like much, but having something that he very likely commissioned and paid for personally is pretty thrilling. Ginter used the finest materials, architects, and craftsmen when he built his city home at 901 W. Franklin St., the Jefferson Hotel at 101 W. Franklin St, and his country home Westbrook.  It seems likely that he gave the same care to Lakeside Park.  No expense was spared on any of his projects.

Many thanks to the staff at Jefferson Lakeside for giving us something new to add to our knowledge of Uncle Lewis and Miss Grace.  Next week I’ll tell the story of how Uncle Lewis became one of the richest men in the South.