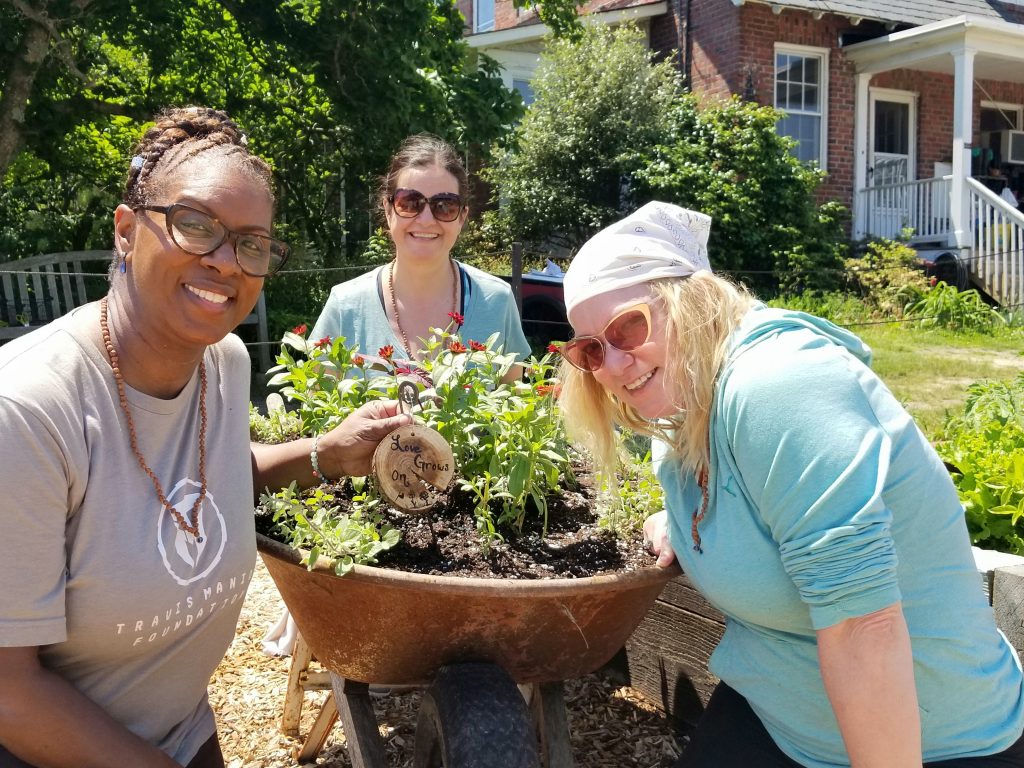 Taryn Davis’ prescription for grief involves a different type of vitamin D: dirt from the garden. She discovered the healing power of nature a few years after the death of her young husband.

“I was 21 years old when Michael passed from multiple roadside blasts in Iraq,” the military widow said. “I was a junior in college, and I wanted to stay in the house and wither away. But I wondered how many other young military widows felt lost and disconnected like me. When I couldn’t find grief resources for myself, I started creating them.”

Four months later, Davis launched the American Widow Project (AWP), a national nonprofit. The Texas-based organization helps military widows cope with loss by encouraging them to create the next chapter of their life’s journey.

Early on, AWP released an award-winning documentary with widows’ testimonials, an online book club and a blog. Davis also hosted events that attracted military widows and national media from across America.

To date, Davis’ resources and advocacy have positively impacted more than 2,200 military widows.

“We are not a ‘kumbaya’ counseling group,” she explained. “We initially empowered women to move beyond their comfort zone by ziplining, skydiving, rafting and other outside physical activities.” However, as Davis’ own grief evolved over the years, so did AWP’s offerings.

“Eventually, I was called outdoors,” she explained. “Nature became my healing balm. I took daily walks, birdwatched and just sat in the garden.”

This past summer, Davis joined four AWP members on a nature-filled, dirt-digging retreat to Lewis Ginter Botanical Garden and Tricycle Gardens, both in Richmond. The cross-country outing followed Davis’ completion of classes hosted by Chicago Botanic Garden, during which she earned master naturalist and horticulture therapist certifications.

The Richmond trip for healing was sponsored by Thomas Johnson of Goochland, a Vietnam-era Air Force medic.

“I met Taryn four years ago,” Johnson said. “I have a special place in my heart for people in the active-duty and veteran community.” In response, Johnson has sponsored two AWP retreats.

“Gardening is like dealing with grief,” Davis said. “You start in the dark with seeds, not knowing what’s going to happen.” She calls them seeds of self–awareness, compassion and self-efficacy.

“You have faith that something good will come out of the seeds, so you keep watching and hoping. One day that first sprout appears, so you continue giving it nutrients while waiting. When the sprout becomes consumed by weeds [like challenges and setbacks that accompany grief], you patiently dig them up, so they don’t grow back.”

“No matter what people are going through in life, if they look to nature, they can find answers and comfort to get through it,” Davis said. “Like a garden, they become more beautiful, and love grows on.”

This article first published in the Richmond Times-Dispatch in September 2019.