Our “Dirty Dozen” plant of the week is Italian arum (Arum italicum). Even though Washington is the only U.S. state to officially recognize arum as invasive, our horticulture staff have observed its invasive qualities in the Garden. You may not hear about arum from other invasive plant resources for Virginia, so we definitely think you should be aware of this plant. 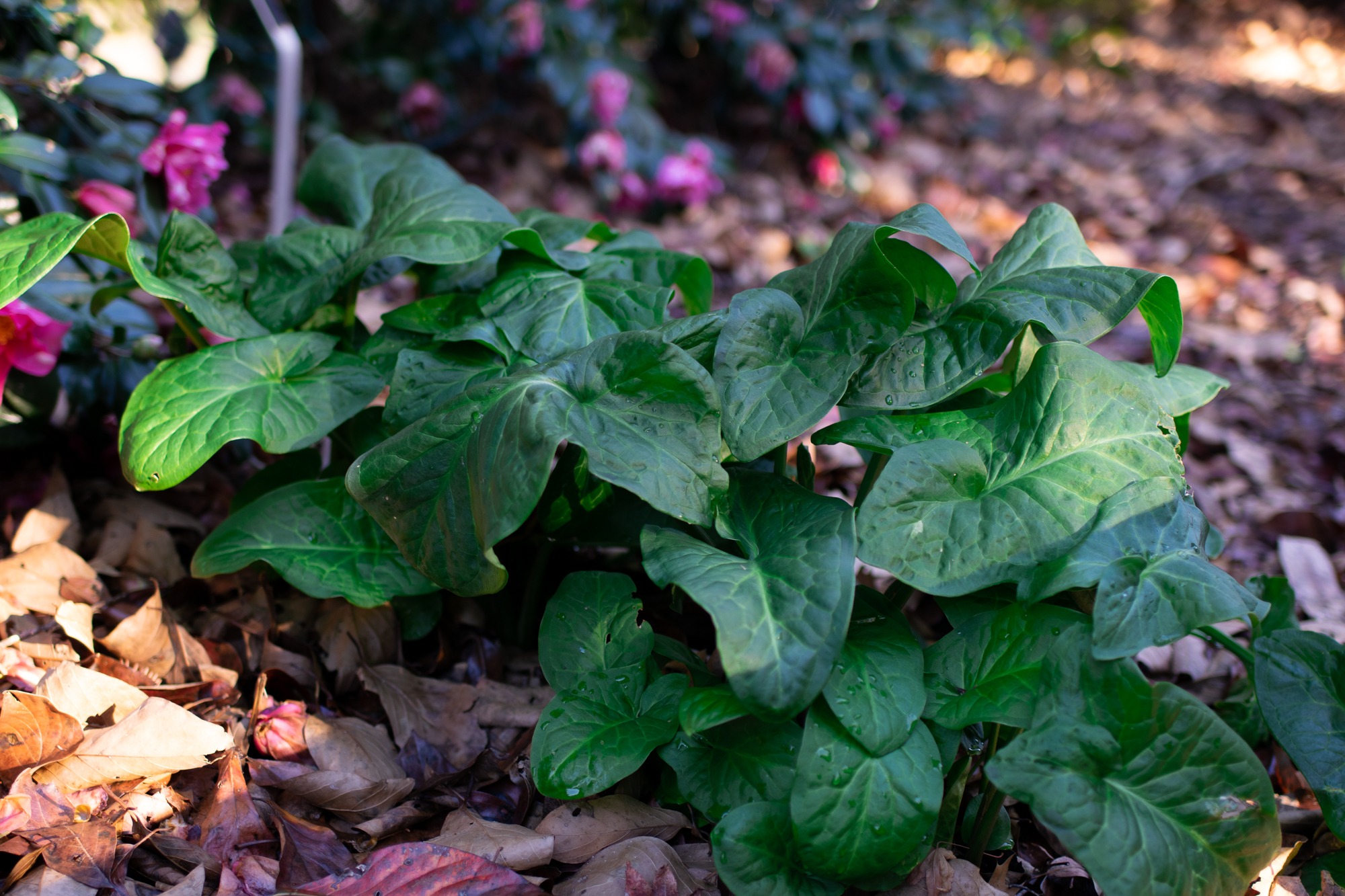 Italian arum is an herbaceous perennial in the arum (Araceae) family. with arrowhead-shaped leaves appearing in late fall and winter and dying back in the summer. Veins may be cream or silver-colored. A. italicum spreads prolifically both sexually with seed and vegetatively (an asexual form of propagation) through tubers. Arum has orange-red berries that grow in oblong clusters and can be toxic to humans and wildlife, and its 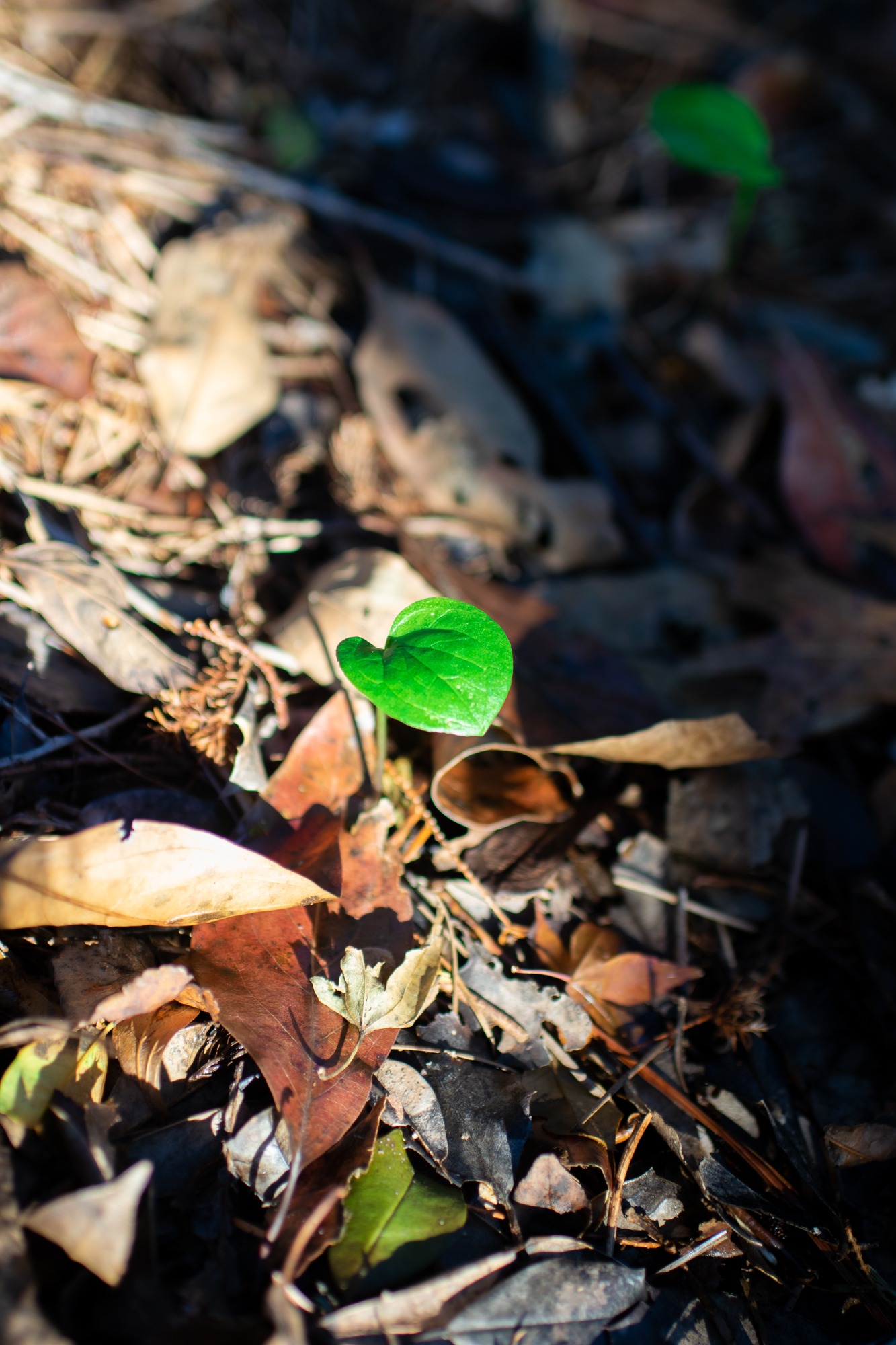 Italian arum sprouts in the fall. Image by Nicole Plummer.

oils are a known skin irritant. Despite the fact that it is invasive, toxic and its flowers emit an unpleasant aroma, it is still a commonly sold ornamental.

How did it Get Here?

Italian arum is native to western and southern Europe and was introduced to North America as an ornamental plant since it has attractive winter foliage and red berries.  Arum can spread quickly over long distances because birds frequently eat and disperse the seeds.

Geographic Region: Arum is currently spreading on the West Coast (Washington, Oregon and California) but also has been reported in the eastern U.S. This map shows only where Italian arum has been reported and is not comprehensive.

Habitats: Italian arum thrives in moist, shady spots with humusy soil; however, once established, it is drought-tolerant. You will most likely find it in forests/wooded areas.

What is the Impact of Italian Arum on the Environment?

Arum forms a dense groundcover that shades out other plants. Riparian habitats are particularly susceptible to invasion. Arum also has the ability to survive harsh winters, giving it another advantage against some native vegetation.

Eradicating arum is tricky because the tubers and ‘daughter tubers’ must be completely removed. Breaking up the tubers may only worsen the spread! 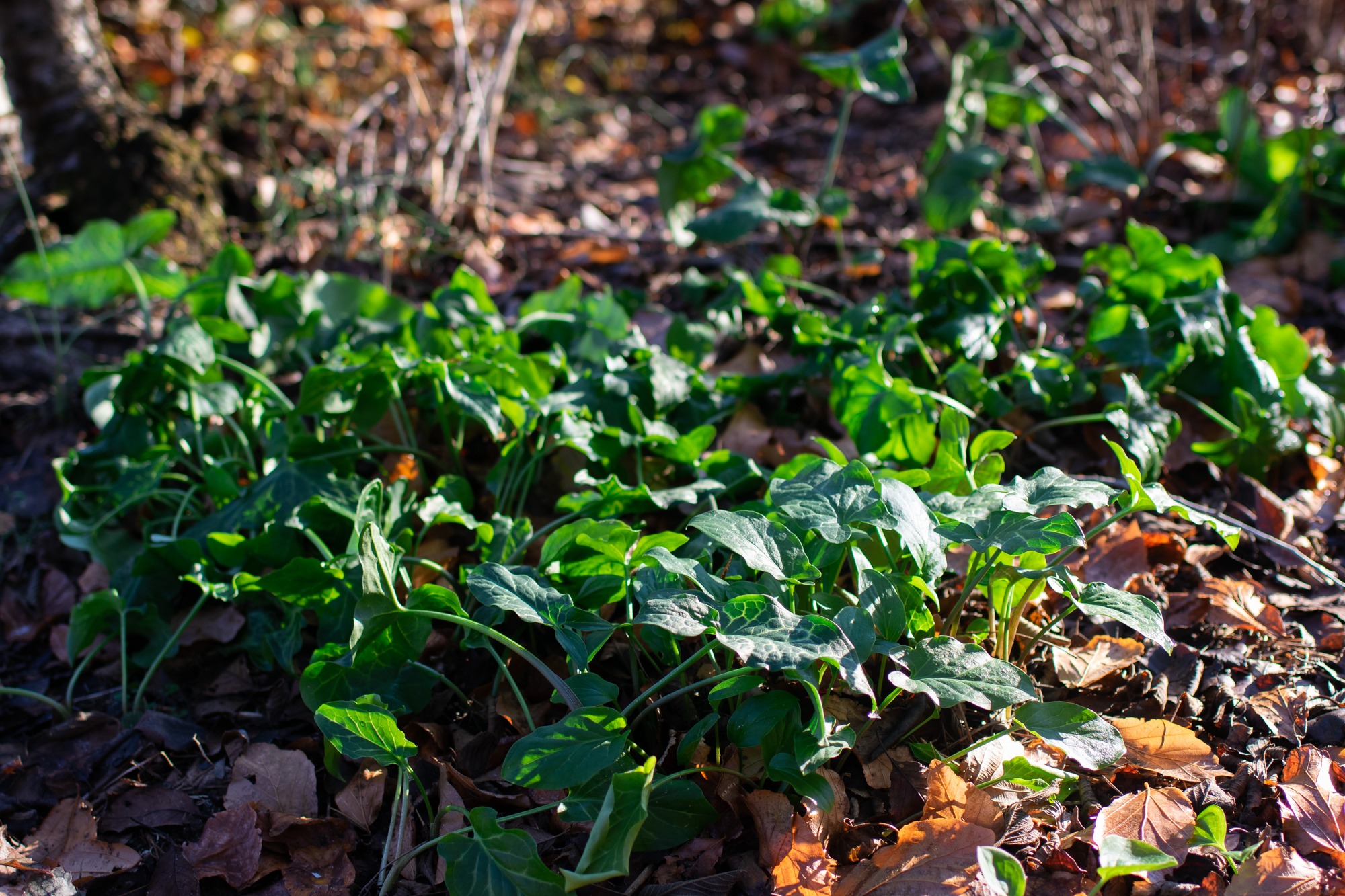 Prevention: Because Italian arum may not be responsive to mechanical or chemical removal or even to burning, it is absolutely critical that we stop planting it. In North America, 25% of 20,000 native plant species are at risk of extinction. Planting native, similarly to the Morton Native Plant Garden, is a great way to help improve their odds. Be sure to see our native plant list too!

Mechanical: If it is possible to do so without damaging other nearby plants, remove the entire plant (including the bulbs and all the tubers) with a shovel and bag and dispose of it as landfilled waste—not compost! It may take several years of repeated mechanical removal to eradicate arum from an area. If none of these options are feasible for you, at the very least, cut back and bag the seed clusters (PDF) in late summer to prevent further spread. We recommend that you wear gloves to prevent poison ivy/oak-like symptoms from the sap. Since arum resprouts from root fragments, it is critical that you dig up the entire root network. If this is not possible, the use of herbicides is necessary. 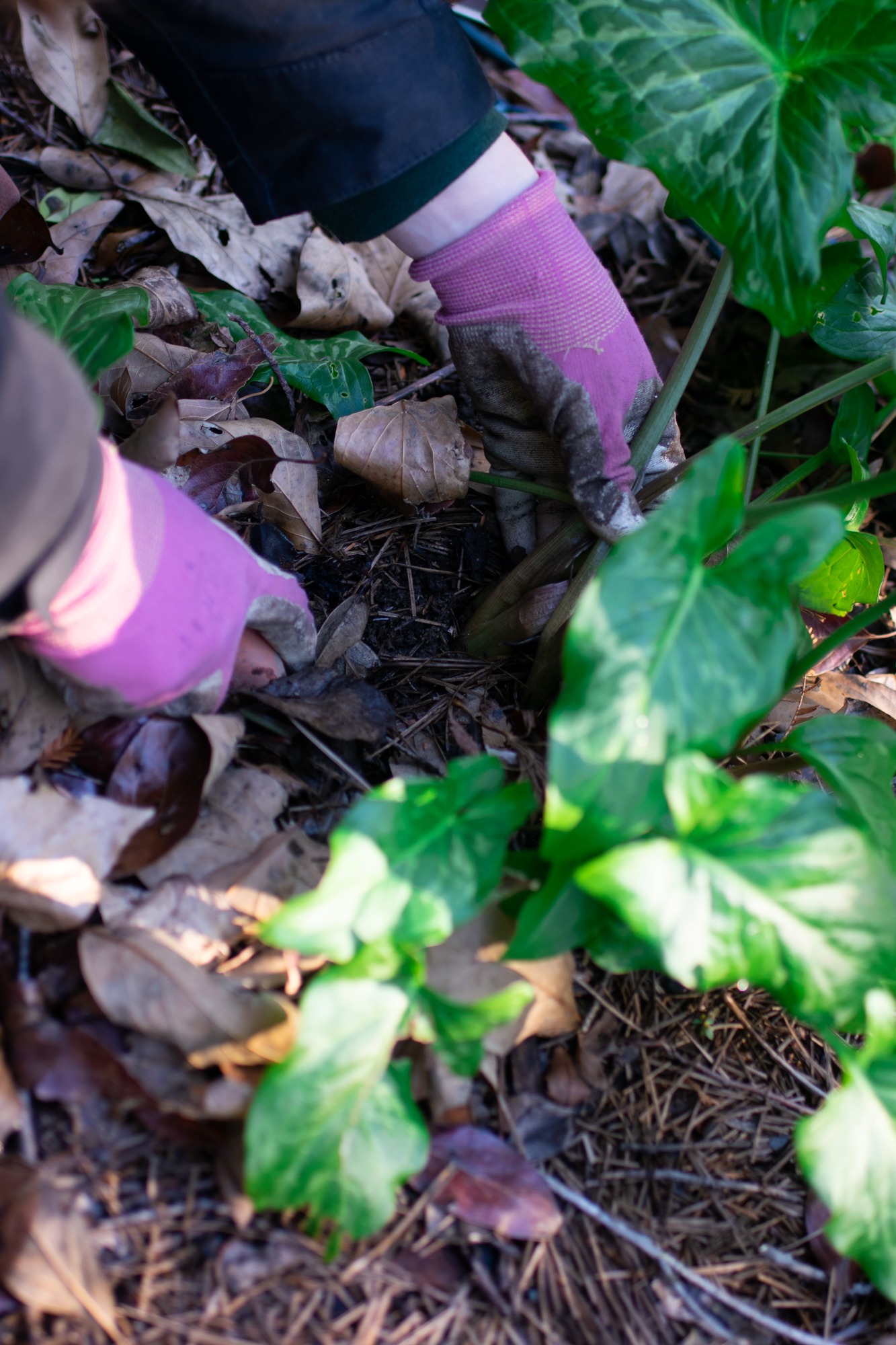 Chemical: Most chemical treatments (for example, glyphosate, sulfometuron, metsulfuron, imazapyr, dicamba and 2,4-D) are not very effective at killing arum on their own. While they can kill arum foliage, they do not consistently damage the tubers, which can continue to detach and spread even after treatment. Repeated treatments that involve alternating different herbicides or using a tank mixture (PDF) has a greater chance at successfully eradicating arum. Remember to follow all labels and consult with your local Virginia Cooperative Extension office for assistance if needed.

If you find arum aesthetically appealing or like how it forms a winter groundcover, we suggest planting native species that have similar qualities. The Maryland Invasive Species Council recommends Cardamine diphylla or “toothwort”, which also thrives in moist, shady places during winter. Other replacements for arum include Arisaema triphyllum (Jack-in-the-pulpit), Asarum canadense (Canada wild ginger), Pachysandra procumbens (Allegheny spurge) and Podophyllum peltatum (may-apple). Learn more about planting natives by registering for our Grow Native Series.