Cogon grass (Imperata cylindrica) is considered one of the top ten worst invasive plant species in the world. Even with its less-than-stellar reputation, it is a popular ornamental plant. Though not yet widespread in Virginia, we are struggling to control it here at Lewis Ginter Botanical Garden (more on that in a minute), and it has definitely earned its “Dirty Dozen” status. 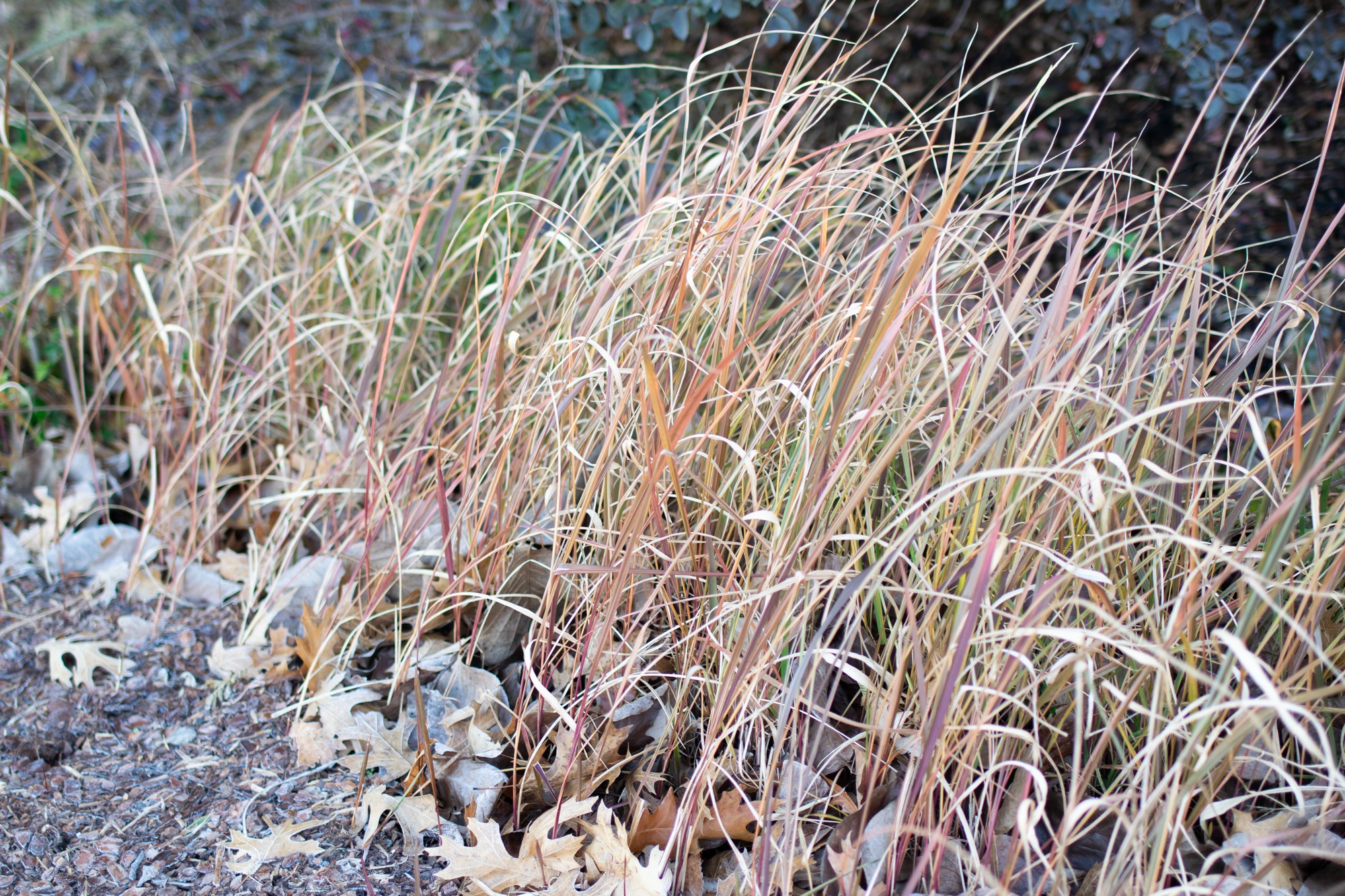 I. cylindrica ‘Rubra’ originally planted as an ornamental. Despite its reddish tint, this patch has reverted into its aggressive form. Image by Nicole Plummer.

So why, you ask, would a botanical garden plant a highly invasive species? The answer is, we wouldn’t! We instead planted what we thought was a safe (and non-invasive) cultivar, Japanese blood grass (Imperata cylindrica ‘Rubra’ or ‘Red Baron’), which actually reverted to its aggressive invasive form over time. It’s a lesson well learned for us, and one that we hope you can learn from too.

Cogon grass is a rhizomatous, perennial grass that grows 1- to 6-feet-tall. The popular ornamental variety ‘Red Baron’ was named for its red coloring and has been considered non-invasive and sterile. If ‘Red Baron’ turns green, however, this indicates that it has reverted to its wild, aggressive form. But, even the cultivated red form has been known to spread. It produces seed heads between late winter and early summer depending upon the geographic region. 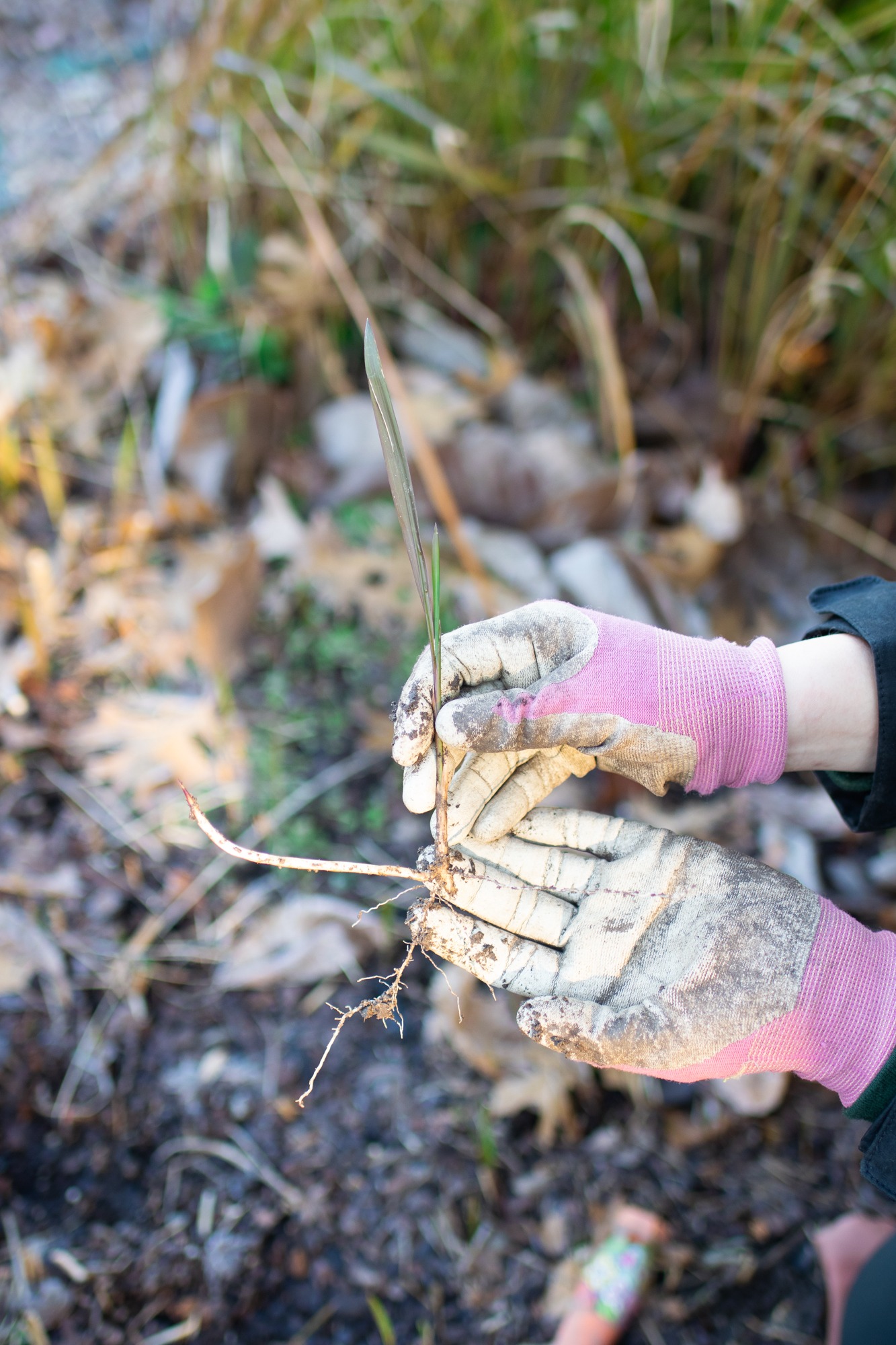 Here you can see an exposed I. cylindrica rhizome after mechanical removal. Image by Nicole Plummer.

How did it get here?

Cogon grass is native to East Africa and Asia. It was introduced accidentally as packing material (like Japanese stiltgrass) and in the ballast water of ships and was first found in Grand Bay, Alabama in 1912. It also was intentionally brought to the United States in the early 20th century to aid with soil stabilization initiatives in Florida and Mississippi.

Where is it found?

Geographic region: More than 500 million hectares (or 1.25 billion acres) are infested with cogon grass worldwide, with over 50,000 acres in the southern United States. In Virginia, I. cylindrica is problematic primarily in coastal areas. This map shows where cogon grass has been reported in the U.S.

Habitat: It is found in human-disturbed areas such as areas used for intensive agriculture and mining, as well as roadsides. It thrives naturally in dry sandy areas like savannahs.

What is its impact on the environment?

I. cylindrica creates dense mats through its rhizomes, and as a result, it displaces native plants and even ground-nesting animals. It also is allelopathic (PDF), meaning that it releases toxic chemicals into the soil to prevent competition from other plants. It has even been known to increase the fire frequency and intensity in areas where it invades.

First, if you think you have found cogon grass, be sure to report it to the Virginia Invasive Species Working Group. The Virginia Department of Conservation and Recreation recommends a combination of chemical, mechanical, and even prescribed fire, but we know that this may not be not a time or cost-effective option for most people.

Prevention: As for all of the Dirty Dozen, we strongly recommend that you stop planting cogon grass and its cultivars. If you are insistent upon using cogon grass/ Japanese blood grass as an ornamental, please keep it contained in a pot so that it cannot spread as easily. Even still, there is no guarantee that it will not revert to its aggressive form. 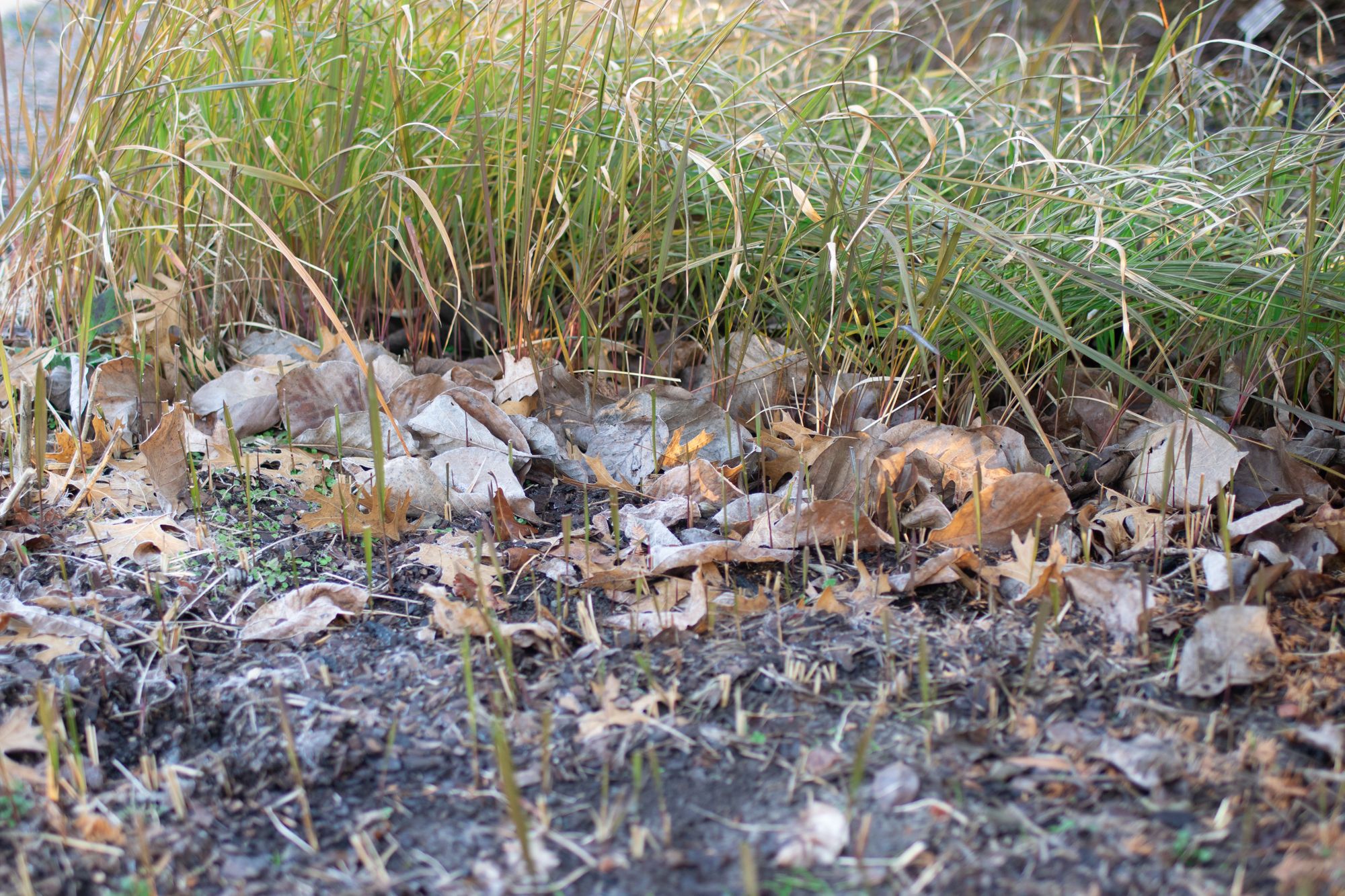 I. cylindrica spreading through a garden bed via underground rhizomes. Image by Nicole Plummer.

Mechanical: Cogon grass can be removed by mowing or burning, but this is a short-term solution. To prevent it from coming back, rhizomes must be dug out by hand and properly disposed of (that is, not in your compost). A weeding knife/hori hori knife is a helpful tool. We sell hori hori tools in the Garden Shop too! Whatever equipment you use, be sure to clean it before working in another area to prevent the spread of rhizomes. 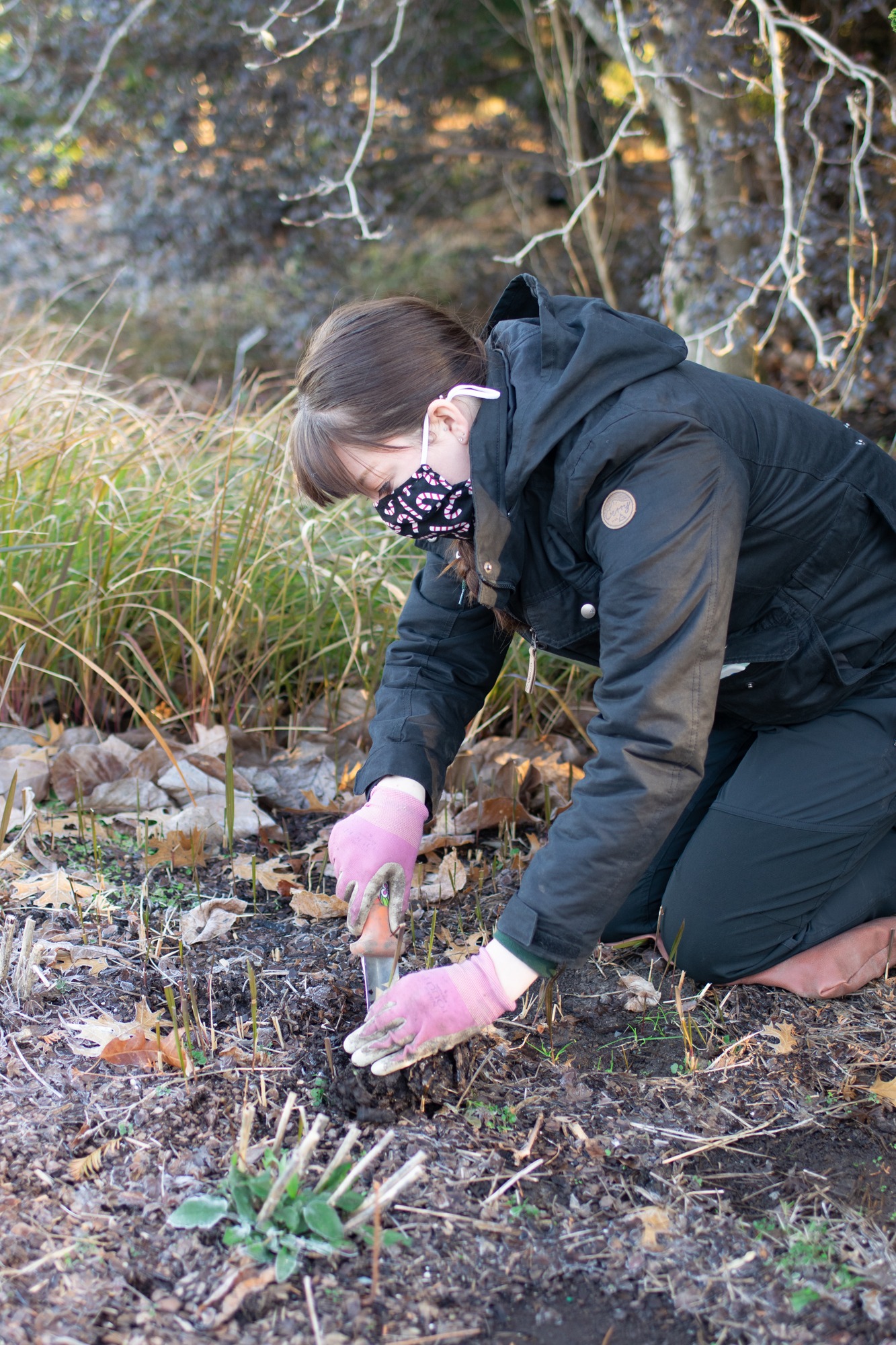 Chemical: Herbicide treatments containing active ingredients of either imazapyr or glyphosate have been known to work. The University of Georgia’s Center for Invasive Species and Ecosystem Health provides excellent information for cogon grass removal depending on the type of infestation. Remember to follow all labels and consult with your local Virginia Cooperative Extension office for assistance if needed.

Suggestions for native plants that you can plant as an alternative to cogon grass include bushy beardgrass (Andropogon glomeratus), northern sea oats (Chasmanthium latifolium), bottlebrush grass (Elymus hystrix) and switchgrass (Panicum virgatum). Red switchgrass cultivars like ‘Shenandoah’ or ‘Cheyenne Sky’ would provide the vibrant red coloring that cogon grass adds to a landscape.