More About Origami
in the Garden

Origami in the Garden continues to fascinate and inspire! Let’s unfold more about origami, the exhibit, the process, the inspiration, and impact. 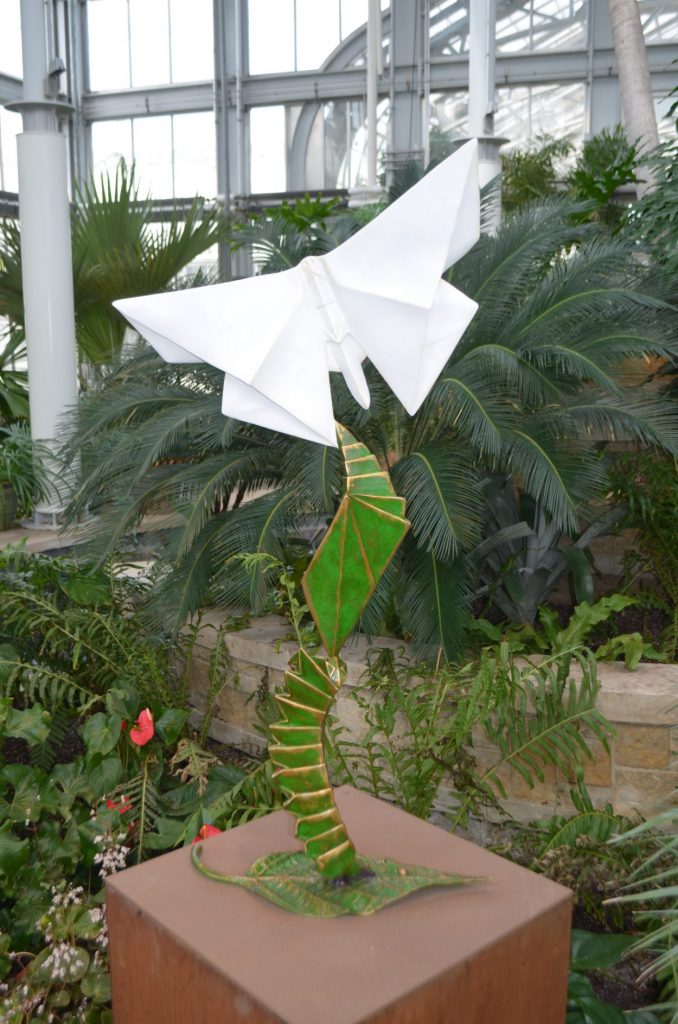 Each of Kevin Box’s monumental sculptures begins with a blank piece of paper. An origami master—such as Beth Johnson, Dr. Robert J. Lang, Michael G. LaFosse, or Te Jui Fu—crafts an origami form and passes it to Box, so he can work his magic through a 35-step, 12-week process. Box pioneered methods of capturing delicate details in museum-quality metals—bronze, aluminum, and steel—by utilizing lost-wax casting and fabrication techniques. “I was motivated by the impermanence of paper,” he said. “It took two years of tireless experimentation to develop the process, another seven years to perfect, and it continues to evolve today.

Nature is the Origami Master

Nature uses folds in extraordinary and artistic ways. An emerging butterfly unfolds from its chrysalis, a bird expands its wings for flight, and a fern’s fiddleheads uncurl in spring. “Nature also goes to a lot of work to build a flower,” Box says. “It begins as a tightly folded bud, but in the end, it unfolds so you see the beauty.”

The principles of origami extend beyond art and nature to interface with science, technology, engineering, and math. Every origami fold is inherently guided by an algorithm. Scientists and engineers use these equations in other applications that involve multifaceted folds, such as planetary telescopes, medical equipment, automobile airbags, and more.

Origami in the Garden continues through September–including the evening hours of Flowers After 5–so visit time and again to experience the related exhibits, activities, gifts, and classes. Learn more and hear Kevin Box speak about the work in this 10-minute video.